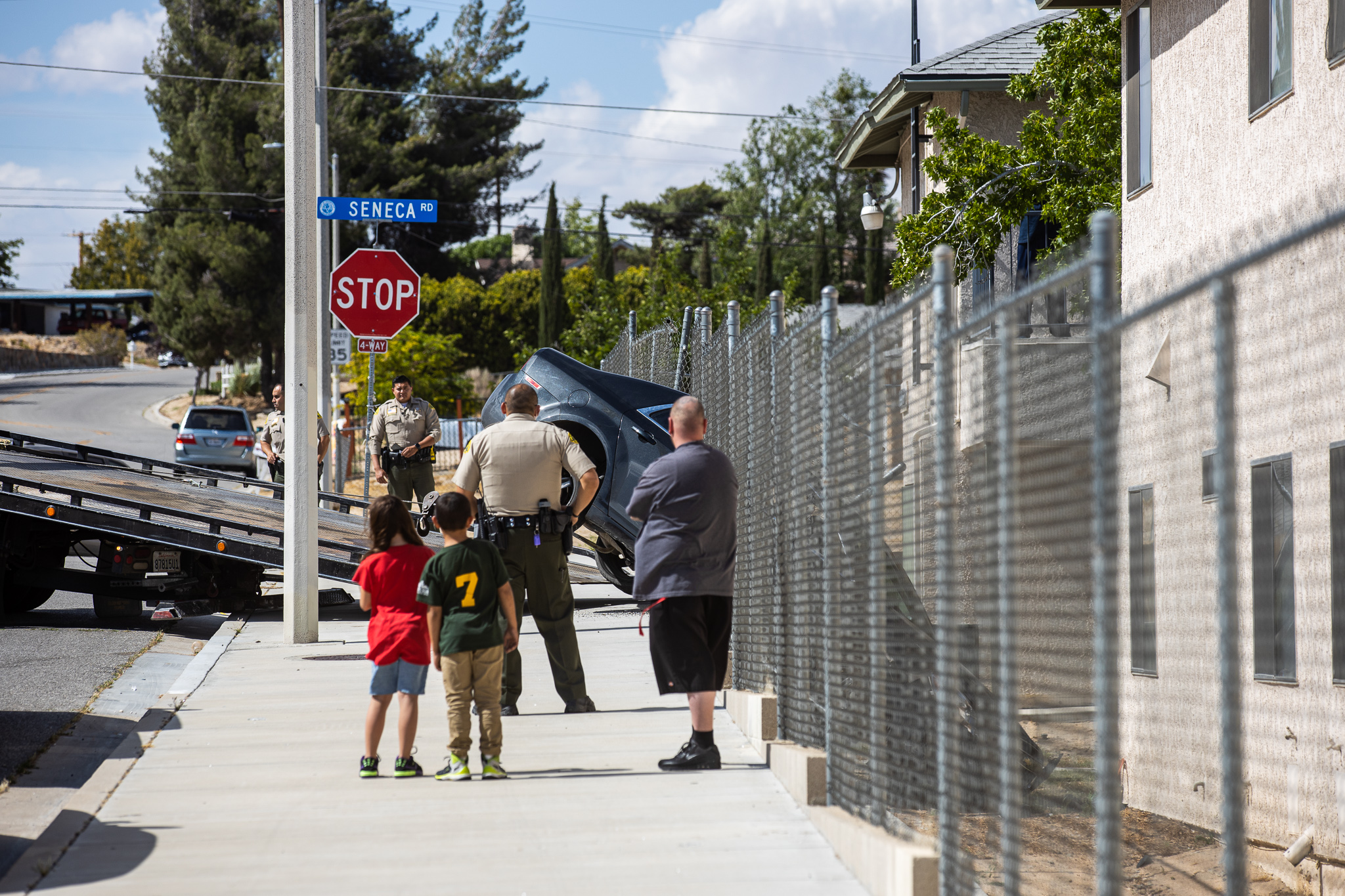 VICTORVILLE, Calif. (VVNG.com) — Police arrested an alleged drunk driver who was just inches away from crashing his car into an apartment complex and attempting to run from the scene.

Deputies responded to the area after receiving reports that a four-door Chevy sedan had crashed into the Seneca Village apartments.

Victorville City Firefighters responded to the incident and located the vehicle off the roadway and several feet down an embankment wall that surrounds the complex.

Firefighters reported the occupant had fled the scene and no patient care would be required.

A witness at the scene said the driver fled the scene on foot immediately after the crash.

According to the witness, a Good Samaritan went running after the suspect and was able to assist deputies with the arrest. The witness who did not want to be identified said, the driver was very drunk and smiling as he was being arrested.

The apartment building was not damaged and no injuries were reported by any tenants at the complex.