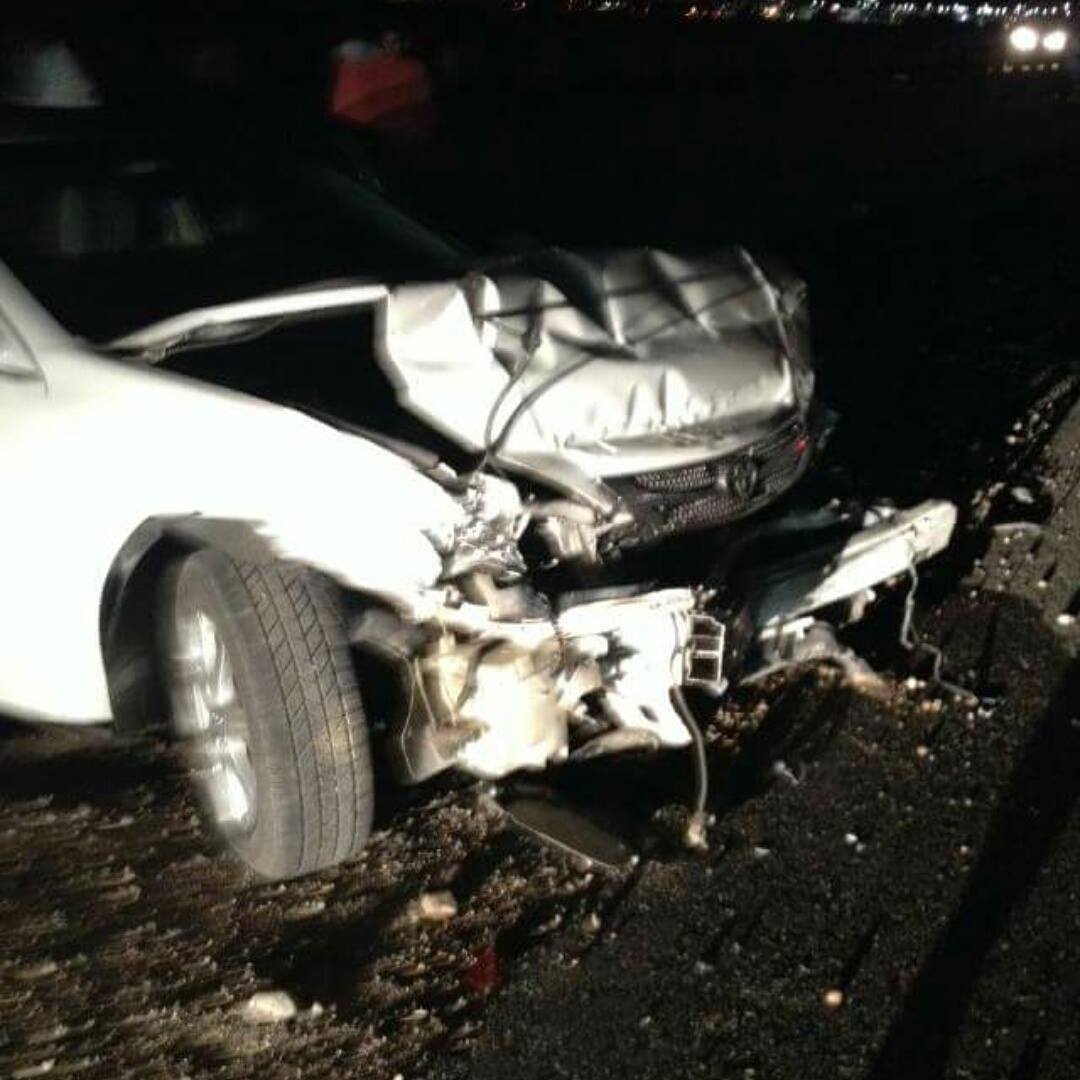 HESPERIA:(VVNG.com)- Three adult women and a 2-year-old child are truly grateful that they were not seriously injured after being involved in a traffic collision with an alleged drunk driver on Friday, May 22, 2015.

According to CHP incident logs, the collision was reported at 8:16 P.M., on the northbound 15 freeway just north of Main Street on-ramp.

Four occupants inside a white Toyota Camry where traveling in the slow lane when a blue colored vehicle, traveling at an unknown rate of speed collided into the rear or the Camry.

Victor Valley News group member, Jennifer Robinett, was a passenger inside the Camry, “The impact sent us spinning thru all the lanes. We thought we were going to die. There was so much traffic is just amazing no one else hit us.”

The impact caused the Camry to crash into the K-rail, at this time the injuries of the occupants are unknown.

The blue colored vehicle occupied by two rolled several times and landed upside down. Both occupants managed to exit the overturned vehicle.

The male driver was administered a drug and alcohol test and was arrested at the scene.

“We’re very thankful for all the citizens that came to help,” stated Robinett.