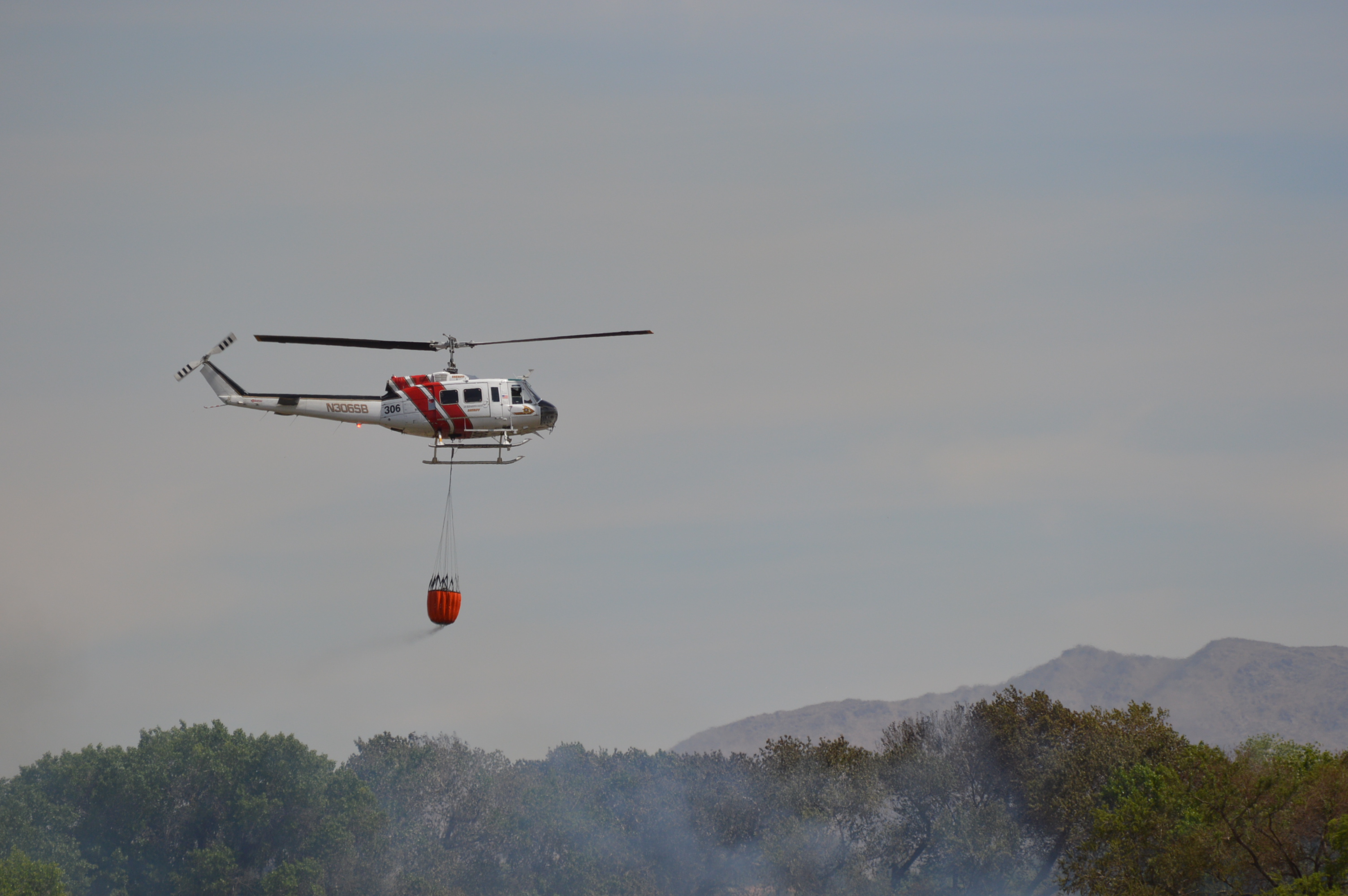 According to residents, they were told that there would be no burning permitted all week due to the high winds. Dispatch started receiving reports just before 12:00 P.M., by multiple parties reporting heavy smoke coming from the river bottom near the Spring Valley Lake area.

Per scanner traffic, the fire was initially confirmed to be a permitted controlled burn. Firefighters responded to the area and upon arrival, the firefighters that first arrived on scene witnessed a large fire and described it to be a large vegetation fire. Immediately back up was called as well as hand crews to fight the ferocious blaze.

In less than an hour,  the fire had spread to approximately 35 acres and by about 3:30 P.M., an estimated 70 acres had burned with no sign of containment.

The fire, threatened structures in the area of Riverside Drive and Seneca Drive in Apple Valley. The wind, which changed directions several times during the firefighters battle with the fire sent crews passing each other some entering while others were exiting Mojave Narrows Regional Park. As a precaution several horse trailers also quickly evacuated, although the fire was heading in a northerly direction.

Within a matter of hours over 200 fire personnel, as well as two water dropping helicopters were on scene. Mandatory evacuations were in effect for the area from Riverside Drive from Riverside Way and Nokomis Road. Evacuees were sent to Sitting Bull Middle School.

According to officials, as of 7:15 P.M., the fire is 40% contained and holding at 70 acres.  Although one vehicle and one out building were lost in the fire. There were no homes lost as a result of the fire due to the diligent work of the fire crews. All mandatory evacuations have been lifted. Only residents living in the Riverside Drive from Mandon to Tacony area will be allowed through the closure until further notice. 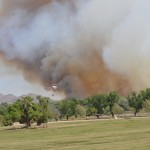 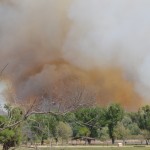 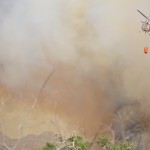 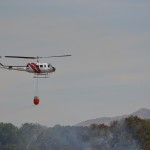 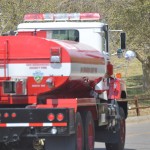 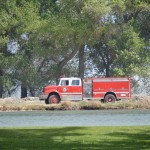 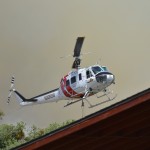 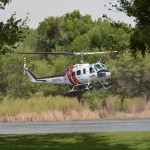 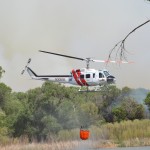 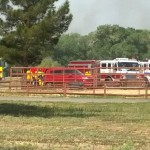 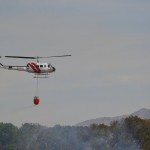 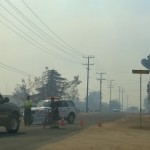