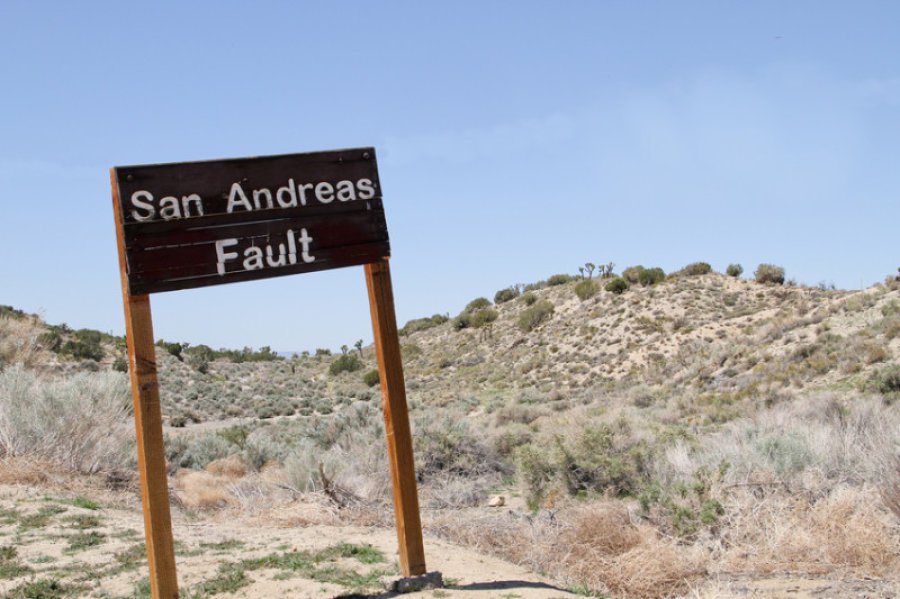 CALIFORNIA: (VVNG.com)– The state of California is under an emergency earthquake advisory following a series of small earthquakes that began on Monday near the Salton Sea located in Southern California.

“California is earthquake country. We must always be prepared and not let our guard down,” said Director Mark Ghilarducci. “The threat of an earthquake on the San Andreas Fault hasn’t gone away, so this is another important opportunity for us to revisit our emergency plans and learn what steps you need to take if a significant earthquake hits.”

CEPEC believes that stresses associated with this earthquake swarm may increase the probability of a major earthquake on the San Andreas Fault to values between 0.03 percent and 1.0 percent of an additional earthquake as large or larger than the September 26 magnitude 4.3 earthquake occurring over the next 7 days, until Tuesday, October 4, 2016 at 9:00am.

“We’ve seen the devastation earthquakes have caused in California,” said Governor Brown. “This keeps us on track to build a statewide warning system that can potentially save lives.”

SB 438 establishes the California Earthquake Early Warning Program and Advisory Board within the California Governor’s Office of Emergency Services (Cal OES) to advance the implementation of the program and spur further investment in the early warning system. Under the legislation, an Earthquake Early Warning Program business plan will be developed and submitted to the Legislature by February 1, 2018.

List of earthquakes over the past 72 hours in California. (Photo by George Perez)

“The early earthquake warning system will help save lives,” said Senator Hill. “In emergencies, every second counts and the urgent alerts that will be sent by the warning system can help prevent devastating and life-threatening missteps. Californians will be safer thanks to Governor Brown, his Office of Emergency Services, my colleagues in the Legislature who have supported SB 438, and the many public and private partners working on the early warning system.”

Local emergency management, government, schools and the public should review their earthquake preparedness plans, maintain awareness and be prepared to take action should the earthquake occur. Key actions should be:

• Drop, cover and hold on
• If driving pull to side of road and stop until shaking stops.
• Do not stop or take cover under over passes or bridges
• If you smell gas, evacuate the area
• Do not handle or drive over downed power lines

Cal OES will continue to keep counties advised with updates as necessary.