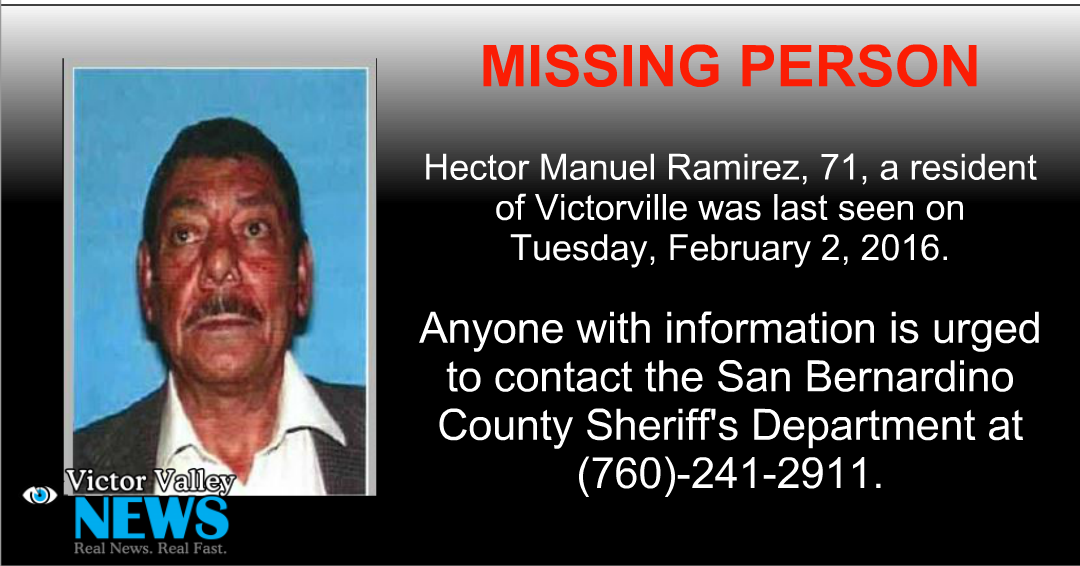 VICTORVILLE:(VVNG.com)- The Victorville Police Department is asking for the public’s help in locating a missing 71-year-old man.

Hector Manuel Ramirez was last seen on Tuesday, February 2, 2016, at his home on Manzanita Road in Victorville.

According to police. Hector Ramirez’ roommate contacted police on Tuesday, February 16th and reported him missing.

Ramirez is described as a Hispanic male, with black hair, brown eyes, 6’0″, 210 lbs., and has a scar on his right middle finger. Police say, Ramirez has a hip injury and is believed to be confined to a wheelchair. Investigators are not aware that Ramirez has any other means of transportation. Attempts to reach Ramirez by phone have been unsuccessful.

Anyone with information regarding the whereabouts of Hector Ramirez should contact the Victorville Station, Detective Randolph at (760)241-2911.