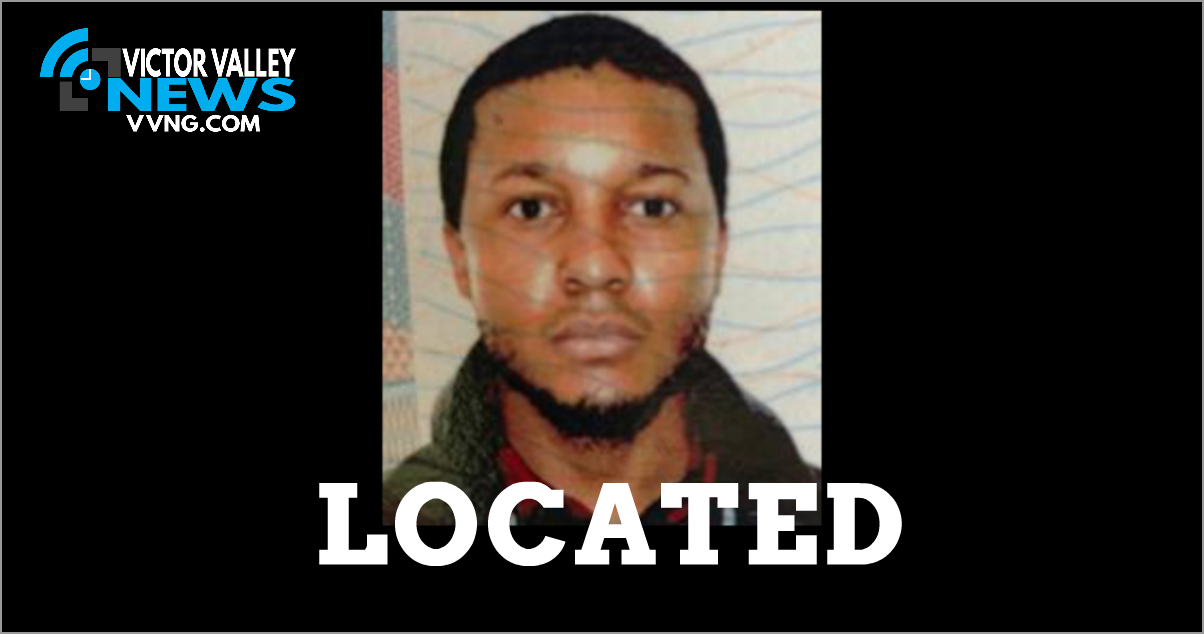 UPDATE 3/3 @7:40 AM – Critical missing person Brandan Womack has been located and is currently in a local hospital.

According to information obtained by Victor Valley News, Brandan Womack was found in the desert between Apple Valley and Lucerne Valley. The man who found Womack described him as being in “really bad shape” and under a bush face down.

Officials had no further information on the incident.

The person who discovered Brandan described him as being in

VICTORVILLE, Calif. (VVNG.com)- The Victorville Police Department is asking for the public’s help in locating a critical missing person.

He was last seen wearing sunglasses, a blue sweater with yellow writing on the back, and green/blue swim trunks.

Authorities say Womack several identifying tattoos including a ninja on his stomach, skull/bones on his right arm, and a race car with Snoopy on left forearm.

Anyone with information on the whereabouts of Brandan Womack is asked to contact the Victorville Police Department at ‪(760) 241-2911‬.

Brandan Womack is believed to be wearing the sweater in this photo.