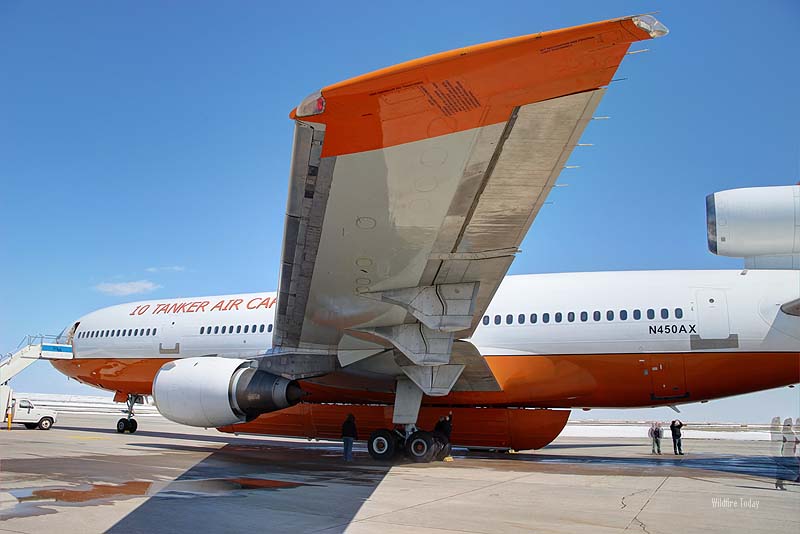 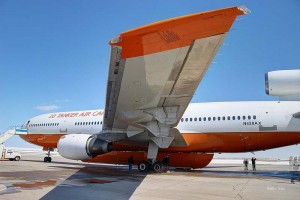 “One of the DC-10 Very Large Air Tankers has been activated by the California Department of Forestry and Fire Protection, CAL FIRE.

Rick Hatton, President of 10 Tanker Air Carrier, the company that operates the two DC-10 air tankers, confirmed for us today that it will come on duty tomorrow, May 4. He said most likely the one they will use will be Tanker 910, the aircraft that visited four cities last week on the way back from scheduled maintenance in Michigan.

The DC-10s always carry 11,600 gallons of retardant. The average load of the Korean War vintage P2Vs, which make up the bulk of the federal fleet, is less than 2,000 gallons.

Neither CAL FIRE nor the U.S. Forest Service have exclusive use contracts for the DC-10s, so they operate on a call-when-needed basis, which results in a slower activation, higher per day costs, and less assurance that they will be available.

The USFS call-when-needed and exclusive use contracts for Very Large and Large air tankers all expired on December 31, 2012, but some were extended for a few months. Several weeks ago the agency awarded eight new exclusive use contracts for large “legacy” air tankers, with seven of them being Korean War vintage P2Vs, but it has been 520 days since they first began an attempt to contract for large “next generation” air tankers, with no results yet.”