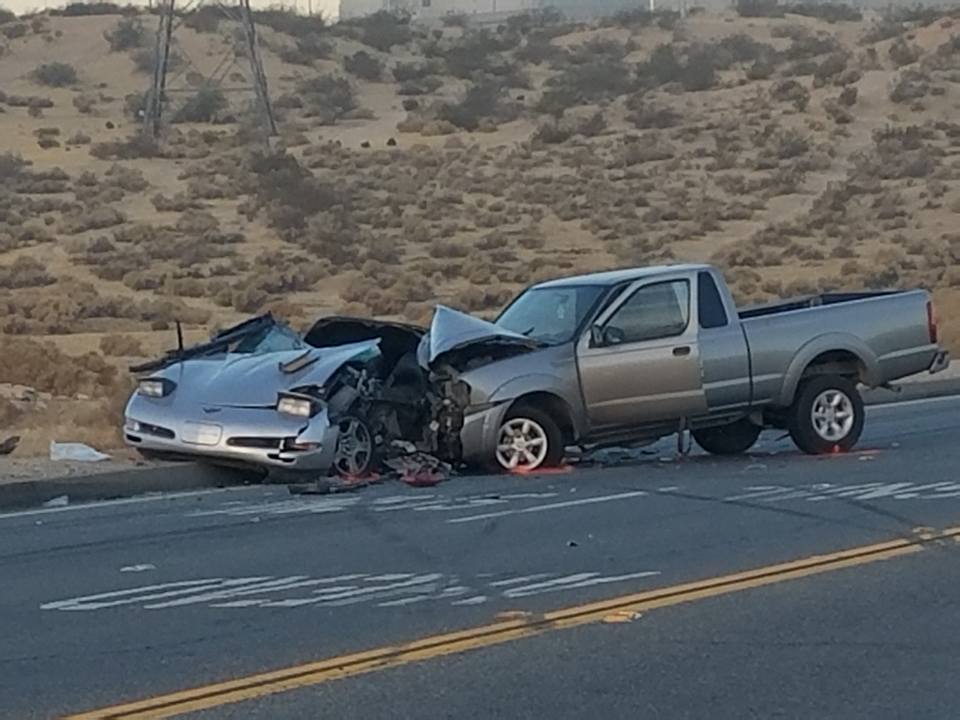 At about 5:30 am, authorities responded to a two vehicle traffic collision with extrication at Air Expressway near Village Drive in Victorville.

When authorities arrived they located an older model Nissan Frontier and a Chevy Corvette with major damage blocking eastbound lanes of traffic.

Arriving deputies requested a tow-truck to expedite to the scene and aid firefighters in separating the vehicles so they could access the patient, scanner traffic reported

According to witness Brittney Amelia, the male driver of the Corvette was trapped and unresponsive.

A medical helicopter was requested to airlift the patient to a trauma center. His condition remains unknown at this time.

Air Expressway is currently closed from Phantom West to Village Drive and will remain closed for several hours while officials conduct an investigation. 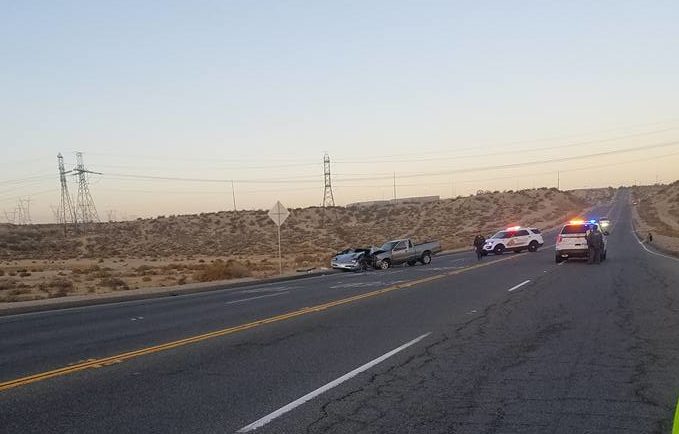