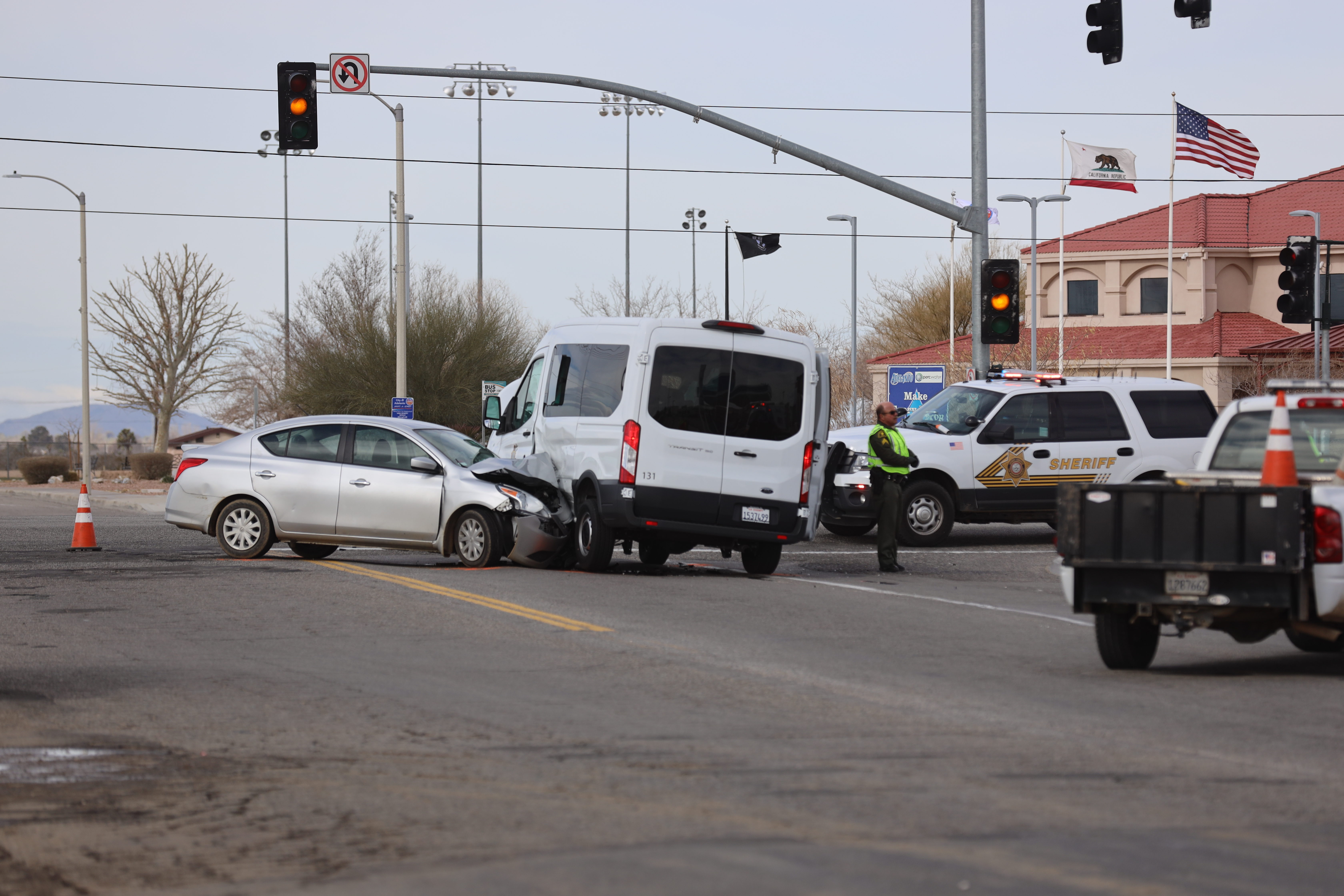 At about 9:16 am on February 20, 2019, deputies and firefighters responded to a crash involving a white 2018 Ford Transit van and a silver 2016 Nissan Versa at the intersection of US Highway 395.

The crash was initially reported to be with extrication, however, when firefighters arrived n scene they determined it would not be required.

A total of four people were treated for minor injuries.

Eastbound Air Expressway was closed at Highway 395 and westbound at Permain Street as officials investigated and cleared the roadway.

The cause of the accident is currently under investigation by the Victor Valley Sheriff’s Station.