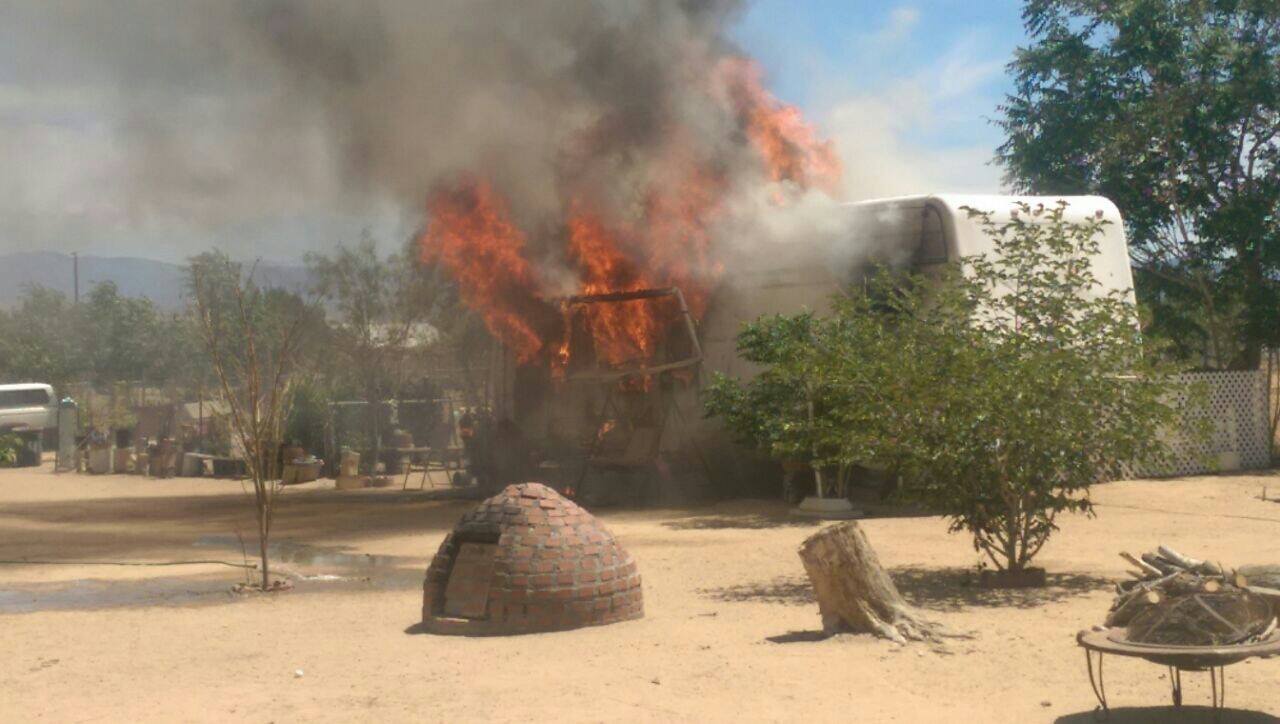 HESPERIA:(VVNG.com): At approximately 1:27 P.M., a fire broke out in the 9000 block of 10th Avenue near Sultana Street in Hesperia.

On scene firefighters requested an investigator.

According to the Jeff Allen, San Bernardino County Fire Department Spokesperson, the estimated loss for the unoccupied trailer is $12,000. There were no injuries to firefighters or civilians as a result of this fire.