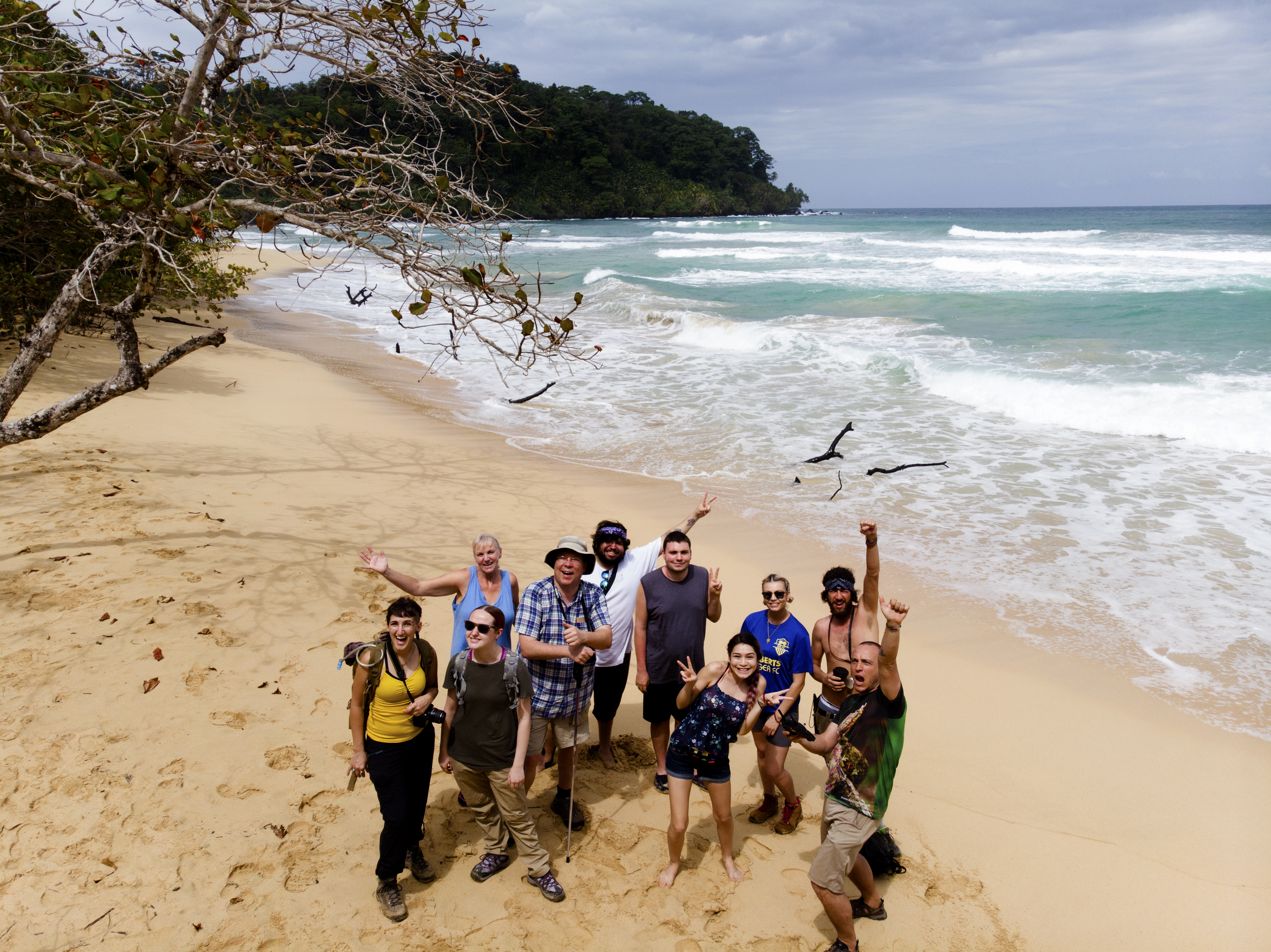 VICTORVILLE, Calif. — In just 36 hours, eight Victor Valley College students went from their normal urban environment to having monkeys climbing all over them while aboard a float on the Panama .

The students left for a trip to Central America on January 18 and spent 16 days in the countries of Panama and Costa Rica. The expedition, led by VVC biology professor Dr. Hinrich Kaiser, was made possible through the college’s Tropical Research Initiative.

The students traveling were all enrolled in one of VVC’s biology courses, “Comparative Natural History,” and given the opportunity to explore new environments while being exposed to local wildlife and new cultures.

They began their journey in Panama, where they participated in exotic experiences from the get-go. On their first full day there, they took a float ride on the Panama canal, passing small islands with isolated animal populations, including one inhabited by monkeys.

“…When you come with some fruits and bananas, they come down and they climb all over you,” Kaiser said. “It was a quick change (for the students). They really got thrown in there … For some, it was an amazing experience. They said it brought them to tears.”

Among the students was 20-year-old Ben Vitro, who is on the autism spectrum and has been an instrumental member of the team, according to Kaiser. It was Vitro who came up with the group’s slogan for the year: “Adventure forward!” Since he spontaneously exclaimed it while exploring, they’ve adopted it as their theme.

His mother, Jan Vitro, said the trip was a wonderful experience for both him and the other students.

“It really helps people to see that even if you have a disability, whether it’s cognitive or physical, that everything is doable,” Jan Vitro said. “The whole team was very open and so welcoming to him … It’s great to see them get out there and just flourish.”

The group continued their adventures in the Boca del Toro Province, a group of islands, and later crossed the border on foot into Costa Rica. They explored beaches, caves and rainforests, all home to various wild animals such as bats, dolphins and poisonous frogs.

They got a more personal experience with a few animals thanks to a nonprofit animal rescue owned by German Sibaja, called the Mesoamerican Rescue Center. Sibaja allowed the students to help him with animals in his care. They were tasked with weighing a baby three-toed sloth and releasing snakes and an anteater back into the wild.

“It was a bonus to participate in this wildlife preservation,” Kaiser said.

Students were also exposed to a new way of living during their trip.

“We stayed at an indigenous reserve … in a very non-touristy kind of place. We had to walk up for about a half hour from the main roads and through the jungle to get there,” Kaiser said. “There’s no phone signal [and] no power. These things were very unusual for our students. You are not connected.”

On previous trips, Kaiser has led student groups who are responsible for discovering multiple new species of life in foreign countries. While scientific research plays a major role, Kaiser sees other benefits the trips can provide as well.

“The emphasis here is focused on giving more experiences than the experiences of the research. I’m trying to serve a broader clientele,” he said.

“Most students who hear about a trip like this that are in my shoes may be interested, but turned off because they may think taking this class won’t benefit them,” Macias said. “It was intimidating to be the only humanities major, but was also so rewarding. This (trip) may be a good influencer for those non-declared majors as well.”

The group has plans for future trips and how to achieve enough funding to support their goals.   Kaiser said he would like to take students to Madagascar next year, which will require additional fundraising.

“(The Associated Student Body) has been a great support for every one of these trips,” Kaiser said, explaining that ASB has traditionally donated $10,000 to the Tropical Research Initiative each year. “That’s very useful for how the students are able to afford this, but one of the challenges is still money.”

He and the students who attended the recent trip are working on producing an 18-month calendar with some of the wildlife photos they took. The calendar will be a gift for those who make financial contributions to the research initiative. Their hope is to raise an additional $10,000 toward the next trip.

According to participants, the experience of the trip is challenging, educational and highly rewarding.

“We (spent) at least 18 hours a day for 16 days together, encountering different attitudes, likes and dislikes, tiredness, hungriness, fears and anxieties,” Macias said. “It was an amazing learning experience. It challenged me to face many fears and discomforts. I experienced and gained an abundant amount of love and knowledge for nature.”