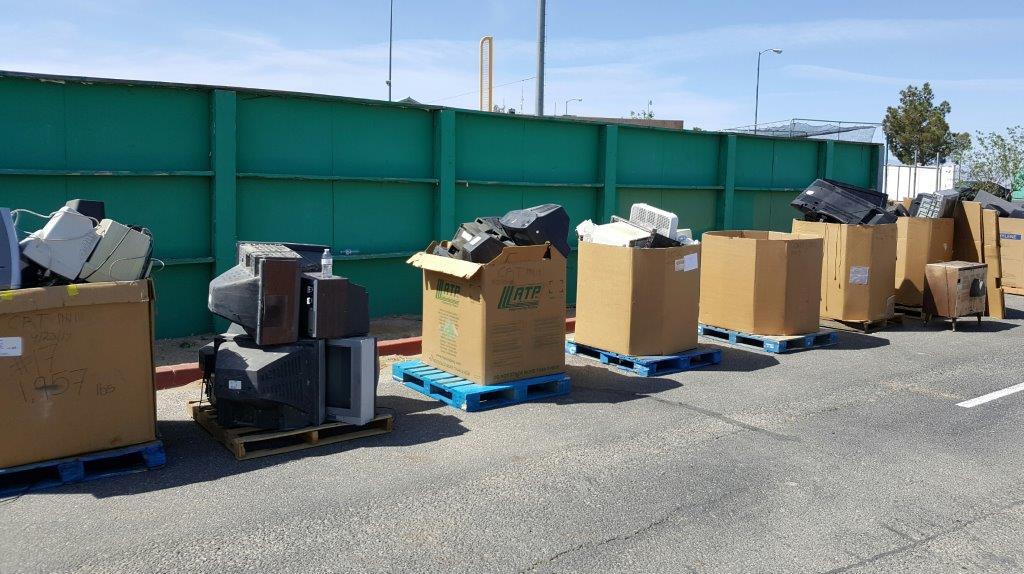 ADELANTO—In what can only be described as a phenomenal success, the Adelanto Free Dump Day and Community Clean-Up exceeded organizer’s expectations, so much so that the event had to be extended an extra hour-and-a-half with additional roll-offs to accommodate the huge turnout.

“The most items ever collected during previous events we’ve held was 75 tons,” according to event Organizer Steven Peltier, Adelanto’s  Community Safety Manager.  The event held at Adelanto Stadium on Saturday, April 22 saw residents bring in a combined 105 tons of various items.

Residents waited in long lines, sometimes up to an hour long, and brought in:

Peltier states that the combination of “free” and residents’ desire for a cleaner community seemed to be what drew people to the event.  “The fees to take these Items into the landfill would be quite significant,” he added.   Using the $47.94 per ton the County charges would equal $5,034. “When you factor in the additional estimated three tons for the extra roll off the total in deferred fees is $5,178.”

It’s estimated that close to 250 vehicles—hence, 250 residents—waited patiently to dispose of a variety of items without paying a tipping fee.  “We even collected the roof of a large shed,” said Peltier.

But he acknowledges that the six-hour event would not have happened without the support of  Mike Rhodes and Jesus Marquez and the rest of the Burrtec staff for the time, effort and dedication they gave to the City of Adelanto in support of its mission to have a cleaner and safer community for all to enjoy.

12 organizations and 82 volunteers participated to unload and keep the vehicles moving as they brought mattresses, furniture, household trash, televisions, computer monitors, small tires, paints, oil—“just about anything that would find its way into a trash can, the landfill or worse…a field in Adelanto,” said Peltier.

Community Safety staff from Code Enforcement and Animal Control also assisted at the Stadium, the satellite location, and driving around picking up.

“Free Dump Day and Community Clean-Up is something that we do each year in April, July and October to not only make it easier for our residents to get rid of unwanted items, but more importantly, to cut down on illegal dumping in the city,” said Adelanto Mayor Rich Kerr.   The next event will be held on July 22, 2017. 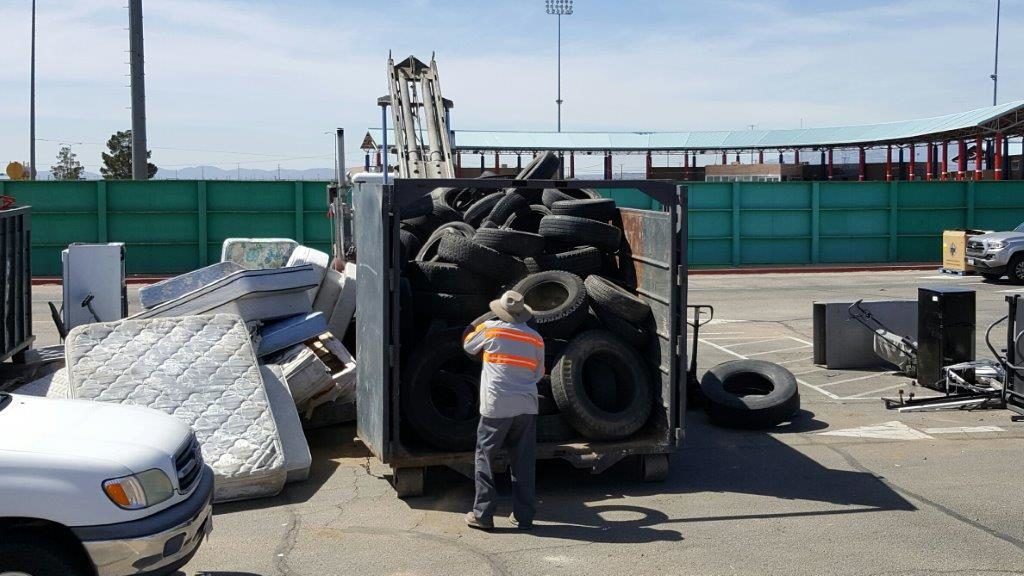