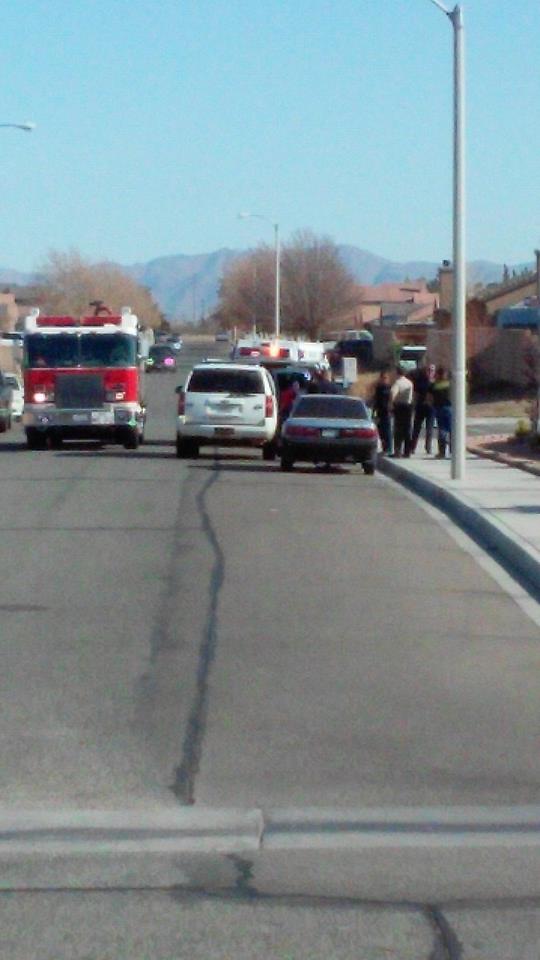 ADELANTO-(VVNG.com): Just after 12:20 p.m. on Thursday, January 8th a 23-year-old male grabbed the purse of a woman as she was putting her children into her vehicle after shopping at Stater Bros. The suspect, after grabbing the woman’s purse shoved her into her vehicle and ran from the scene.

“I seen this kid running across Stater Bros parking lot with a purse, he crossed right in front of me he was wearing black shorts and red shirt. He ran through the desert toward Pearmain, as I got on 395 I seen Police rushing to Seneca,” said Diana Castillo Soto. According to witnesses, the suspect ran through at least 5 yards prior to being taken down by the officers on the sidewalk in an Adelanto neighborhood.

The suspect, Michael Joe Molina, of Adelanto was arrested near Greta Court near Cornell Street at approximately 12:45 p.m. The suspect jumped through several yards dropping the woman’s behind belongings along the way. The woman, who went to the area to identify the suspect, verified that she had received all of her belongings back.

An ambulance arrived treating Molina at the scene for minor abrasions to his head. “The suspect left with gauze on his head in the back of the police car,” said an anonymous homeowner in the area. “We have had a lot of break-ins and attempted break-ins in the area. The suspect in those had a similar description,” added the woman.

The suspect was arrested and is being held on charges of robbery at the Adelanto Detention Center in lieu of $100,000 bail. Molina is scheduled for arraignment on January 12, 2015 at the San Bernardino County Superior Court in Victorville.