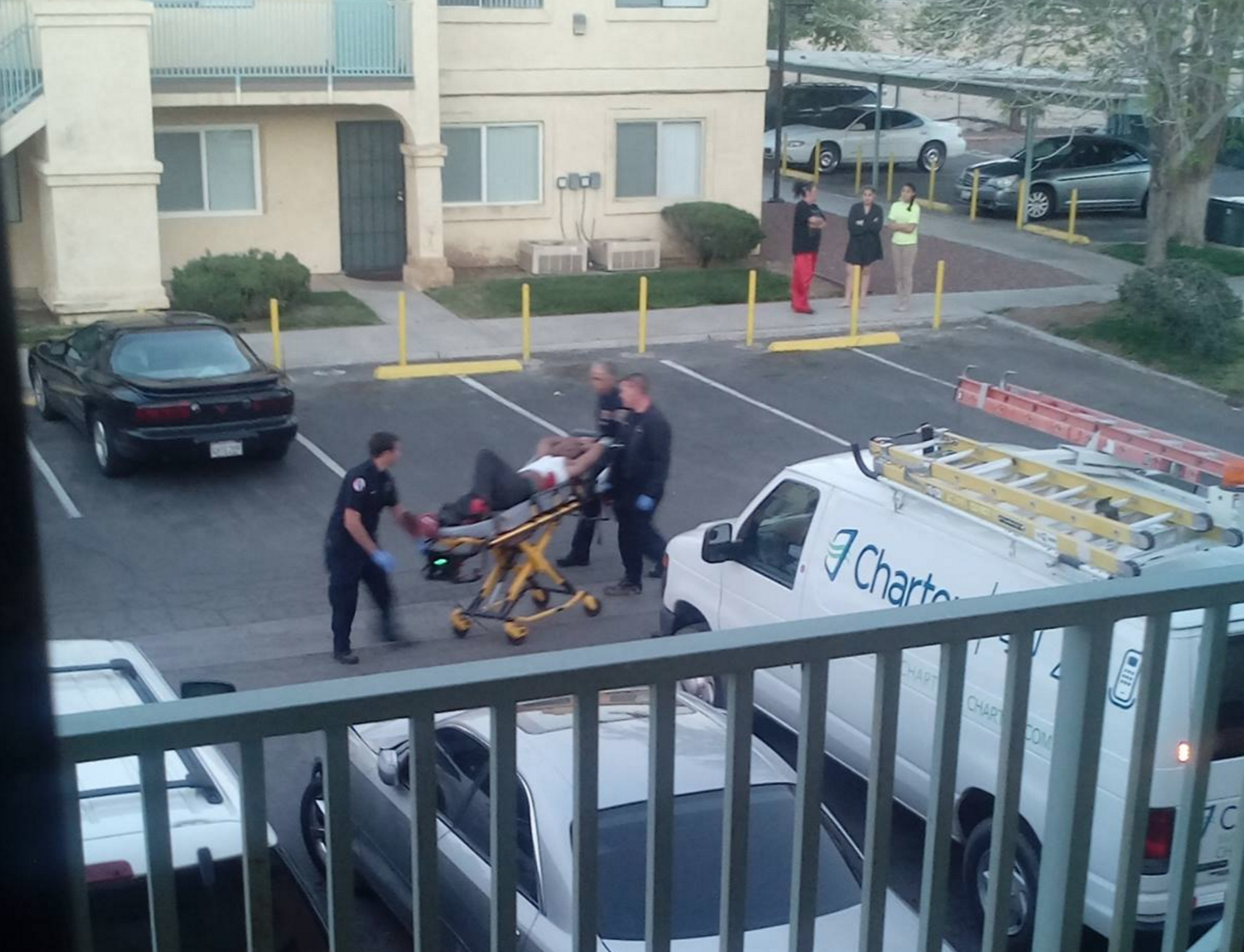 ADELANTO-(VVNG.com): A stabbing victim  was airlifted to a trauma hospital following an altercation at an Adelanto apartment complex.

At around 7:06 p.m. on Wednesday evening deputies from the Victor Valley Station and medical personnel responded to the Villa Adelanto Apartments located on the 11700 block of Bartlett Avenue. The reporting party told dispatchers that a man was stabbed and was lying bleeding on the parking lot asphalt.

According to scanner traffic, when deputies arrived to the scene witnesses told them that neighbors were fighting prior to the stabbing. The suspect was seen leaving the area toward Bellflower Street in a dark green 4-door Honda with damage to a side door. Witnesses said the vehicle was occupied by a two Black male adults and one Black or Hispanic female adult.

A vehicle with the same description and same occupant description was stopped near Fremontia Avenue and Lupin Road shortly after the stabbing. Photos taken at the scene by a witness matched the vehicle and two of the suspects per scanner traffic. As of 9:00 p.m. Wednesday,  is unclear if any arrests were made as a result of the stabbing.

The injured man was airlifted to an out of area hospital for the treatment of stab wounds. There were no other injuries reported as a result of the incident. Information will be updated as it becomes available.