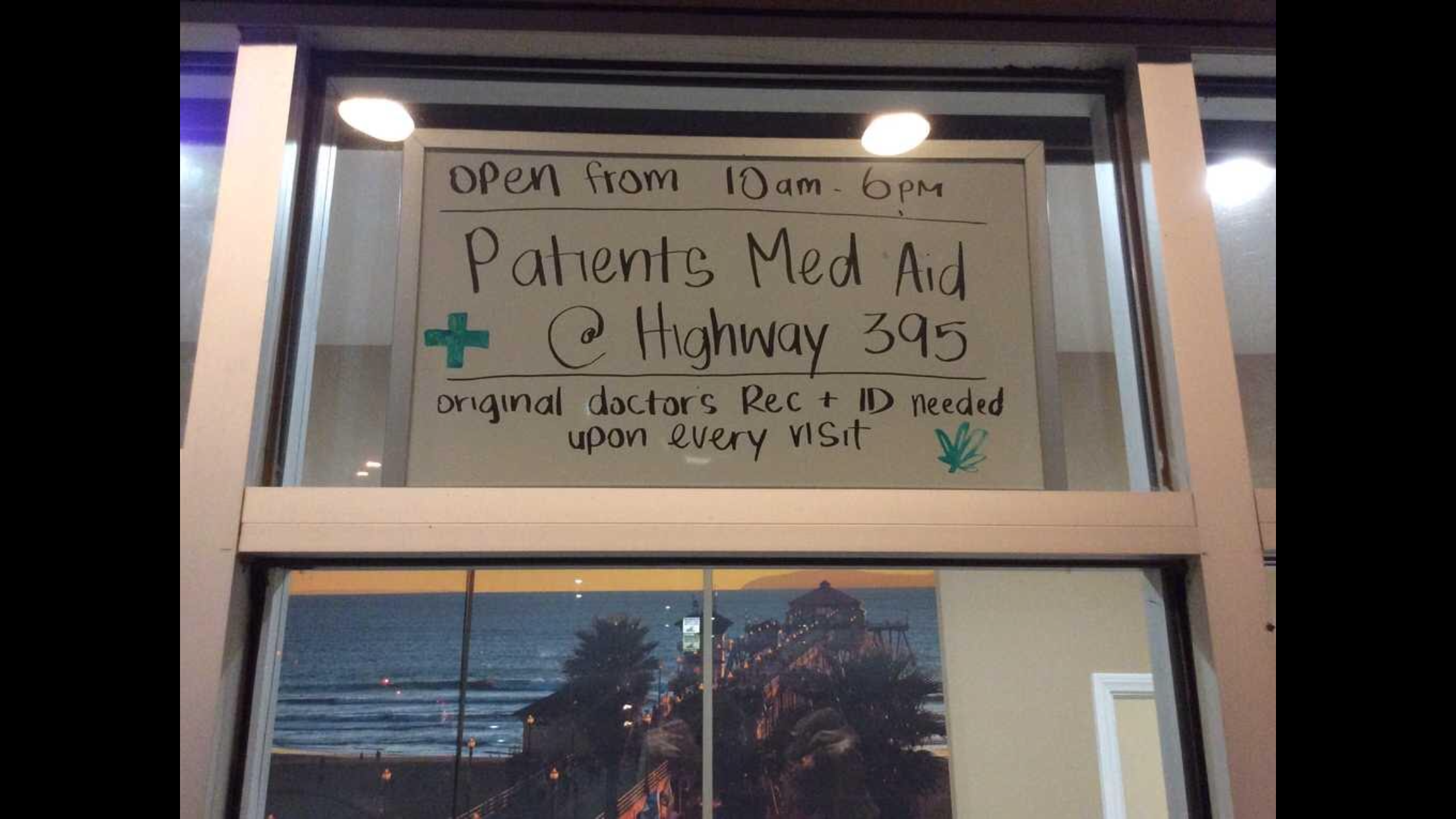 ADELANTO— For the second time in three weeks, Adelanto Community Safety Officers, along with assistance from San Bernardino County Sheriff’s Department have shut down another illegal marijuana operation.

Officers received a tip about an illegal dispensary operating as “Patient Med Aid @395” in the 16000 block of Bartlett Road, east of Highway 395. After obtaining a search warrant, law enforcement personnel visited the site November 14 and seized several bags of cannabis products, along with several hundred dollars in cash. An adjoining room was also discovered that was used as a cannabis manufacturing area in conjunction with the dispensary.

“Not only was the business an illegal marijuana operation, the building did not have permits of any kind, including business license or fire inspection,” said Community Safety Manager Steve Peltier.

“As we’ve said before, we will vigorously pursue, shut-down and arrest those responsible for operating outside the law,” said Mayor Pro-Tem Jermaine Wright. “If anyone wants to open and operate a dispensary or marijuana grow operation, we will not make exceptions to the rule that everyone must go through the application process,” he added.
Officers did not make any arrests at the site and are in the process of identifying the building’s owner.

The investigation is ongoing and anyone with information about the operation is asked to call Adelanto Community Safety at (760) 246-2300. Those wishing to remain anonymous can call the We-Tip hotline at (800) 782-7436 or visit www.wetip.com

“We’re hoping that continued publicity about our efforts to shut down illegal operations will send a message to others willing do the same that they’re taking a huge risk, and will be prosecuted to fullest extent of the law,” said Mayor Rich Kerr.