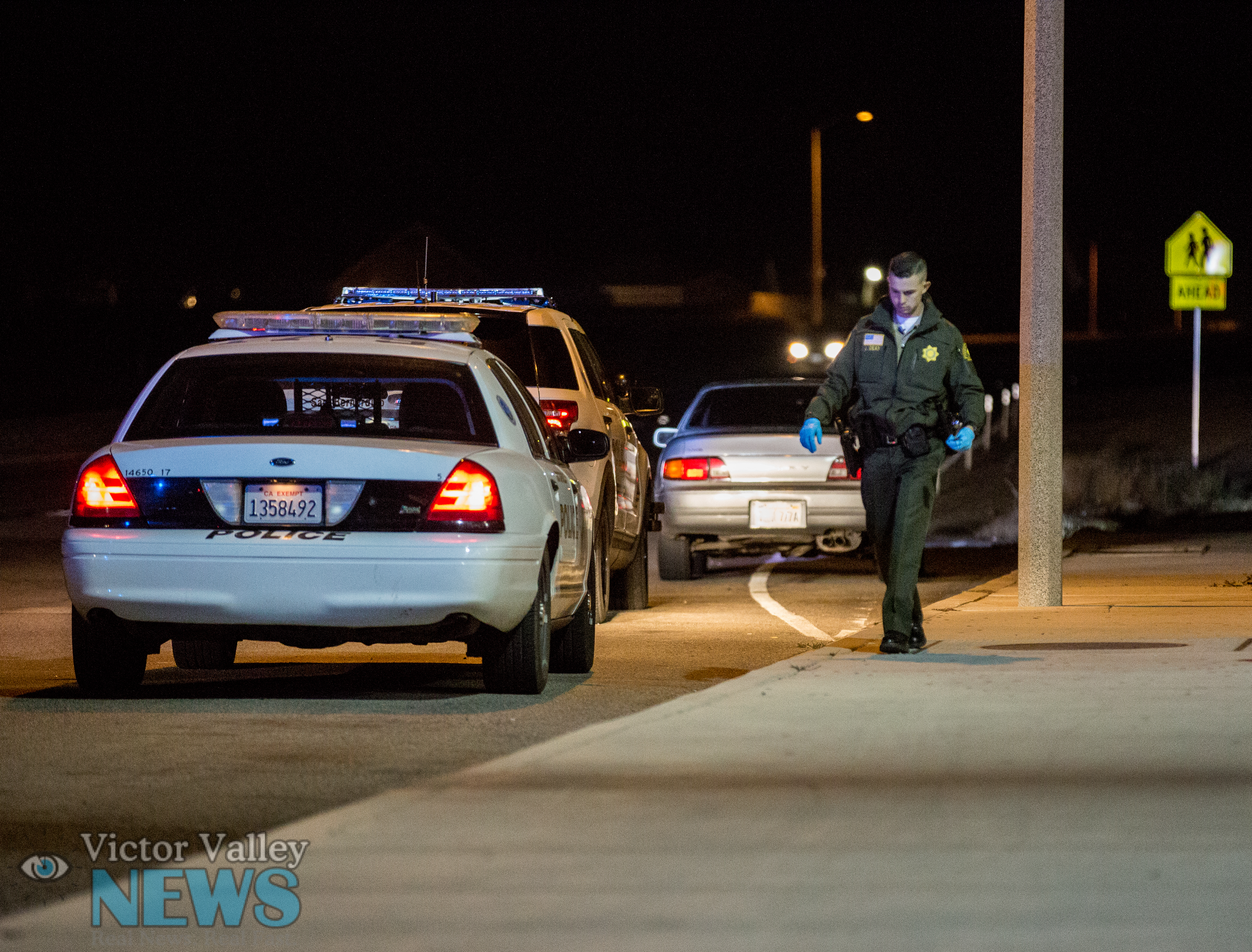 A gunshot could be seen in the windshield as an officer processes the vehicle for possible evidence. (photo by Gabriel D. Espinoza)

ADELANTO-(VVNG.com): At about 12:55 a.m. on Monday, October 26th deputies from the Victor Valley Station responded to several shots fired calls in the area of Victor and Jonathan Streets in Adelanto. Per scanner traffic, the reporting parties reported approximately five shots then heard an unknown vehicle speed away from the scene.

As Victor Valley deputies were investigating the scene of the areas where the shots were heard, deputies from the Victorville station responded to a second report of a car fire near the Jack in the Box on Mojave Drive near El Evado Road.  When deputies arrived at the scene shortly after 1:00 a.m. they determined that the vehicle was abandoned and was connected to the Adelanto shots fired calls. The vehicle had blood in the interior, and gunshot holes to the front windshield and radiator. It was learned that the vehicle was the became disabled while transporting the victim. According to authorities, the victim was picked up and transported to the hospital by an uninvolved party.

Shortly after locating the vehicle, Victor Valley Global Medical Center called to report a 22-year-old Apple Valley man with a non-life-threatening gunshot wound to the face. The victim initially reported that the shooting took place near Highway 395 and Cactus Street in Adelanto.  Deputies from the Victor Valley Station investigated to locate the crime scene and the circumstances surrounding this incident while deputies from the Victorville station interviewed the victim at the hospital. The scene of the crime was made evident by shell casings, tire skid marks and an unknown vehicle fluid on Jonathan Street near Victor Street.