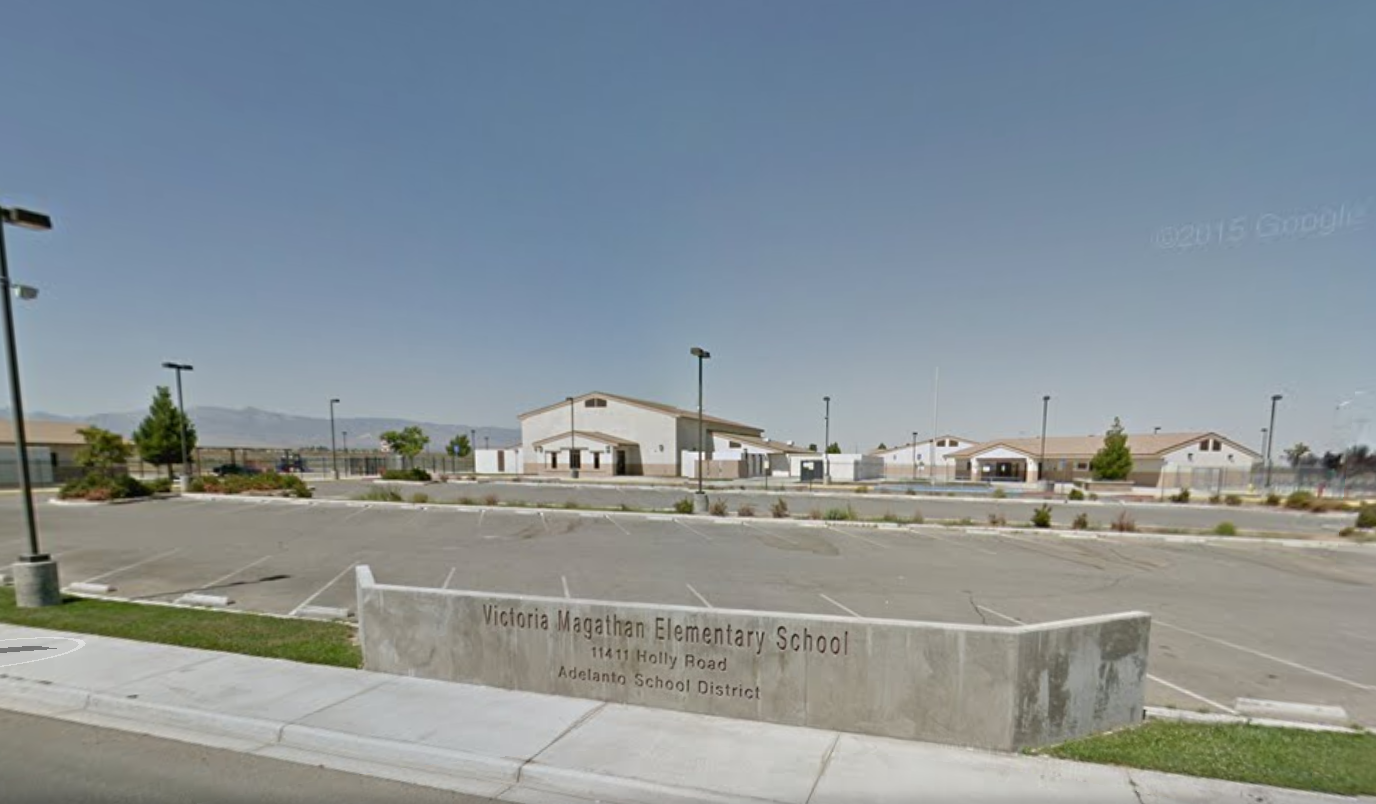 ADELANTO-(VVNG.com): Victoria Magathan was placed under a brief lockdown on Thursday afternoon after a man with a rifle was reported to be seen near the campus that is located on the 11400 block of Holly Road. The man was reported to be on Jonathan Street approaching Cactus Road just before 1:45 p.m. which prompted a brief lockdown that was initiated by the San Bernardino County Sheriff’s Department, Victor Valley Station

The call was made by a third party reporting that the suspect was last seen wearing blue jeans, a blue hoodie and a black hat.

After an extensive ground and aerial search of the area was conducted and the area was cleared.  The school was taken off of lockdown at 2:05 p.m.  San Bernardino County Sheriff’s Department, Victor Valley Station deputies remained at the scene throughout the dismissal of the children as a precaution.

School officials told Victor Valley News that the teachers are all trained to go into lockdown as a precautionary measure. Being that the safety of the children is the main concern, all reports are taken very seriously by the Sheriff’s Department and Adelanto Elementary School District.