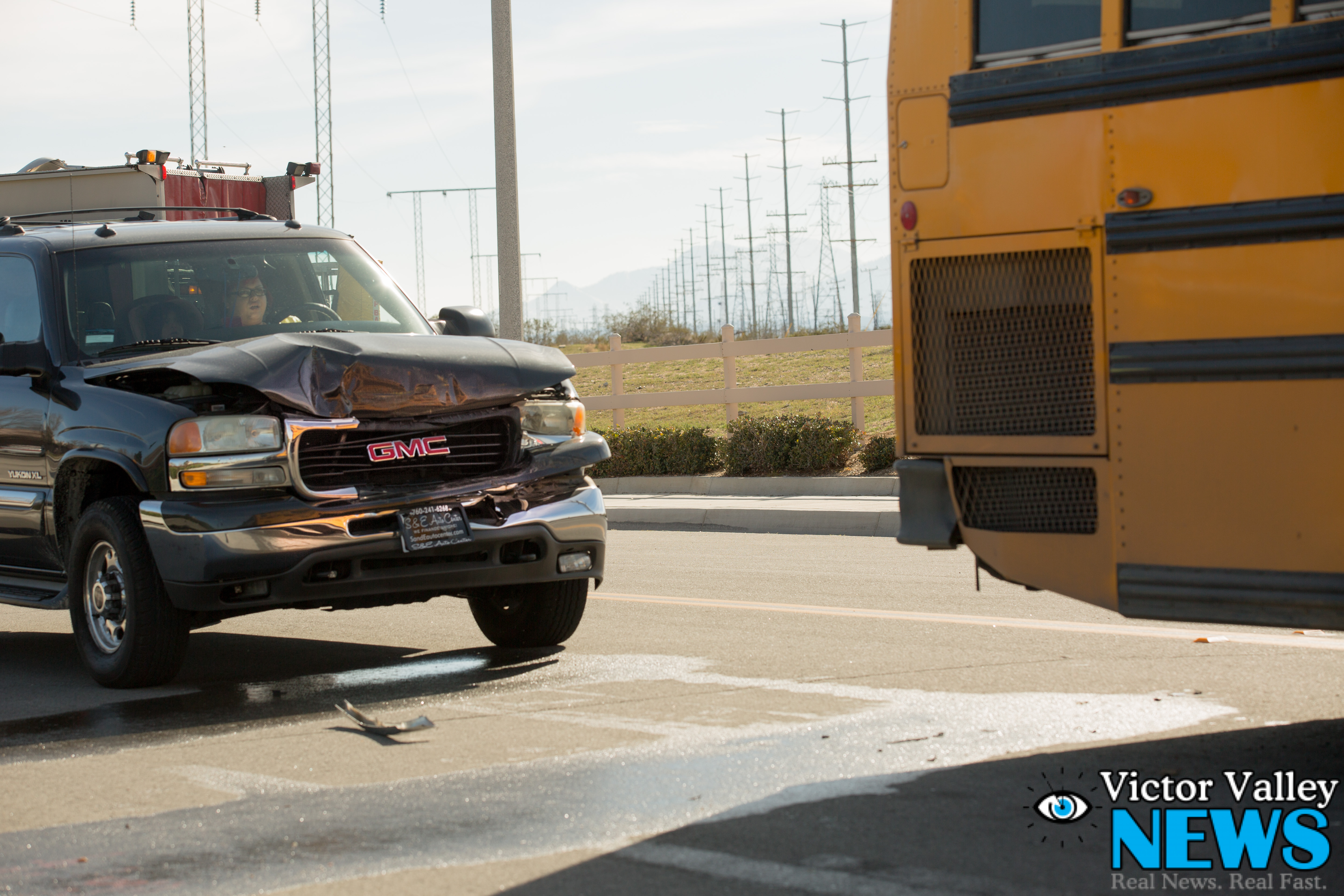 VICTORVILLE-(VVNG.com): At approximately 2:40 P.M., on Thursday, February 26th Adelanto School District bus # 104, was transporting students from West Creek Elementary School, when it was involved in a traffic collision at Cobalt Road at Mojave Drive in Victorville.

The school bus and the gray GMC Yukon XL were heading northbound on Cobalt Road preparing to turn on Mojave Drive.

According to the crossing guard on scene, the bus stopped at the red light and the female driver in the Yukon struck the back of the bus. The Yukon sustained moderate front end damage. The bus had no visible damage from the impact.

All the students on bus #104 were transferred onto a different bus standing by at approximately 3:06 P.M. Many concerned parents arrived to the scene to pick up their children. 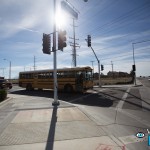 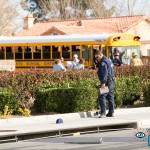 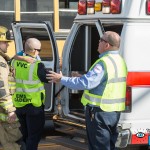