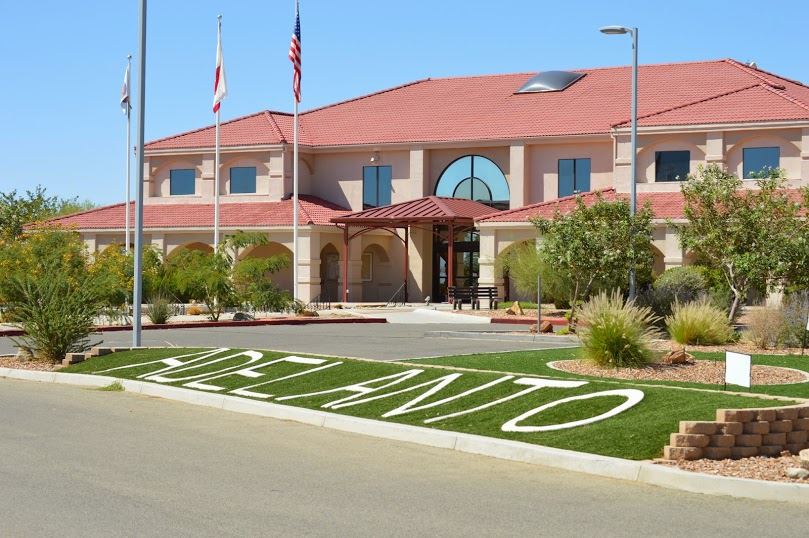 ADELANTO-(VVNG.com): After the death of the proposed jail expansion plan and the 7.95% utility tax, the financially unstable city of Adelanto,in order to save the city has had to make alternate plans.

Residents were against the prison expansion, calling it a “safety concern”, most felt that the city houses enough jails and should consider alternate means of providing jobs and income. The additional tax to the already struggling low income residents, also was not a popular solution being that residents already believe they are paying exorbitant water and sewer charges.

According to retired city manager James Hart, in a October 2014 interview with Victor Valley News, the city was counting on the utility tax passing to cover the city deficit. He said, “ If it passes, then we can cover the deficit. If it doesn’t pass, then we will have to evaluate all the options available including bankruptcy or disincorporation.”

The city of Adelanto voted 4 to 1 to deny dispensaries to be allowed within the city limits. Although, this was a victory to some, to others the dispensaries were something they believed would save the ailing city from impending bankruptcy or disincorporation. In what could be viewed a last ditch attempt for the city of Adelanto, the Planning Commission voted 4 to 1 to allow Marijuana “research and cultivation facilities” to operate within city limits. The preliminary proposal calls for up to six “grow” facilities located in the industrial park. These facilities we be approved on a 1 year trial basis.

The city estimated $1 million in fees for the city if the proposed $250,000 plus $25 per square foot fee passes based on a single 40,000 square foot location. There is an approval process that typically will take several months for full approval and implementation.