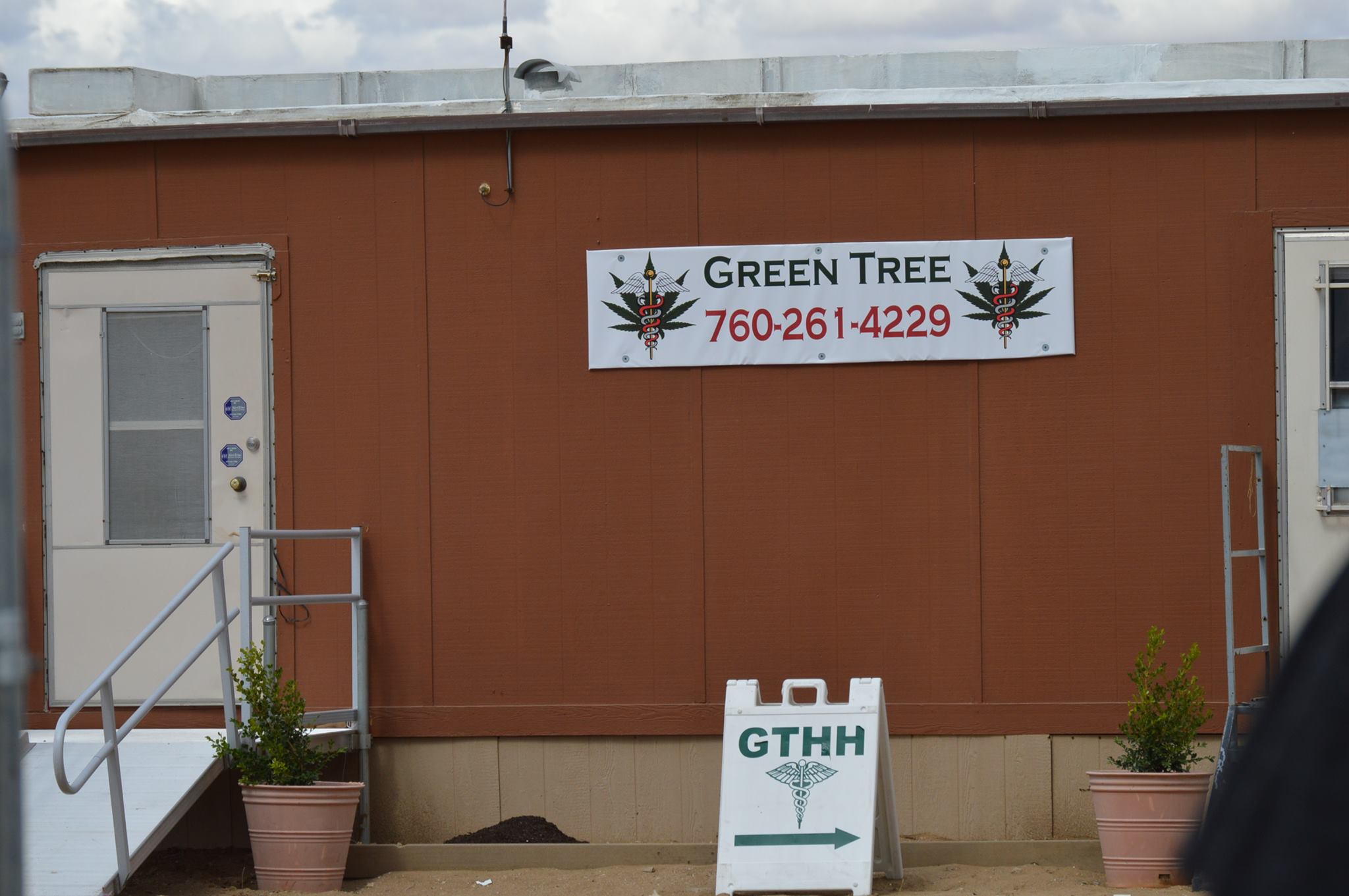 ADELANTO-(VVNG.com): Adelanto residents have shown concern about a new business located on the 14500 block of Highway 395, just north of Seneca Road. The small, portable business seemed to show up out of nowhere around the middle of September and have since opened their door to customers.

A Victor Valley News reporter called requesting information about the facility that has the phone number on the sign out front of the portable building. The man who answered, when asked, clearly said it is a Medical Marijuana dispensary. When asked about the laws for dispensaries in the city of Adelanto, the man quickly said hold on. A different man came to the phone, this man said that his name is “Johnny”.

“I am not speaking with the news until Thursday! On Thursday morning you can come to my business and talk to me,” he said in an abrupt tone.

The city of Adelanto, through its financial woes has brought several ideas up for resident or city council vote. Ideas have ranged from additional utility taxes to new prison facilities to house the overflow of Los Angeles County Prisons. One of the many that did not pass, is a medical marijuana dispensary. Marijuana Research and Cultivation facilities have been brought to the city council, being voted for by the council.

According to the city, this ordinance is still pending an additional October 14th vote before full approval.

The city officials said if that does pass, these approved facilities will be able to begin business operations as soon as 30 days after the vote. The city ordinance, voted on will allow up to six of these facilities on a trial basis and in the industrial park area of the city.

Sign holder for Adelanto Marijuana Dispensery stands at the corner of Palmdale Road and US Highway 395.

“The location, “Green Tree” located on Highway 395 is an illegal operation. We are aware of it and looking into it,” said Mark de Manincor, Senior Planner with the City of Adelanto Planning Department.

The business is currently open and running with a human directional (sign holder) advertising the business on the corner of Highway 395 and Palmdale Road. The business is  also are advertised on www.weedmaps.com, showing the location, ratings and their product offering.

When searching, the business name, Green Tree Health Healing, a location on Hughes road in Victorville also appears to be a currently operating Medical Marijuana Dispensary.