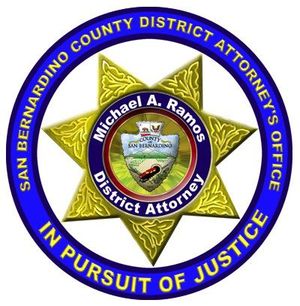 ADELANTO-(VVNG.com):  The San Bernardino County District Attorney’s Office has completed an extensive investigation looking into the January 29, 2014 non-fatal officer-involved shooting of Keivon Anthony Young.  After the investigation, the District Attorney’s office found that based on all evidence available to them that the shooting was considered justifiable self-defense.

wanted for the January 28, 2014 murder of Ernie Sanders and attempted murder of Summer Mattes. The deputies driving unmarked vehicles and wearing undercover clothing began the surveillance according to Sheriff’s officials at about 9:00 p.m.

While watching the area, Keivon Anthony Young appeared to be sneaking through yards and appeared to have an object in his hand. Authorities said that the object was wrapped in a cloth. He then placed the object in his waistband. The deputies noticed the suspicious behavior and continued to watch. A Sergeant and deputy both had their belt recorders activated and the discussion between the team members was captured on tape.

Young continued sneaking through yards moving closer to what they believed was a target location where people were in a garage. Due to retaliation threats following the murder of Ernie Sanders, deputies were concerned about Young’s behavior. After watching Young deputies believed he may have had a weapon. Deputies made contact with Young and also captured on tape was most of the incident. Footsteps were heard on the recording, then the sound of the deputies yelling, “Sheriff’s Department” to identify themselves.

Just after, sounds of gunfire were heard on the recording. Young was hit several times in his leg and pelvis area and was transported for treatment at Arrowhead Regional Medical Center. Crime scene specialists arrived to conduct the investigation at about 2:45 a.m. on the morning of January 30th. Through investigation they located two 8-9” fixed-blade knives. Also located were several shell casings from the deputies’ service weapons.

Witnesses that were at the home at the time of the shooting said that they heard somewhere between 4-8 shots.  A female witness, who lived at the location, said she was sleeping at the time of the shooting and woke to several shots fired. When deputies took her into the garage she saw Young laying on her grass and asked deputies why he was shot. She explained that he posed no threat. She identified the two knives on the ground being from her kitchen, but was not aware of Young being at her home that day. She said four black men came to her home wanting to fight Young.

Young was interviewed at Arrowhead Regional Hospital and said he walked to the home on the  11600 block of La Paz to visit his friends at about 8:30 p.m.  He said that during his visit a black car with a group of black males came to the house. He was unable to further described the vehicle or the men because he said he was high from smoking Marijuana and it was dark outside. He told the detective that he was concerned he would be shot so he ran in the home and grabbed two butcher knives. He said he then left out the back door of the home.

He told the detective on a recorded statement that he jumped the fence into the yard of a neighboring home and walked on a street hiding by an RV listening for yelling or any other signs of the black men still being in the area. He then heard people running up behind him with flashlights and guns.  He immediately feared it was the unknown black males until he heard someone say “Sheriffs”. He said he attempted to get on the ground and toss the knives, but he was shot before being able to do so. Young said he did not assault anyone and did not know why he was shot, but did admit to his behavior appearing to be that of someone committing a crime.
On February 3, 2014 Young was charged with two felony counts of resisting an executive officer and one count of possession of a concealed dirk or dagger. On June 23, 214 he plead guilty to possession of a concealed dirk or dagger and a lesser charge of misdemeanor resisting or obstructing a peace officer. He was sentenced to 292 in county jail and placed on 3 years probation.

Suspect Robert Pope was arrested on February 12th and is currently in custody while awaiting trial.