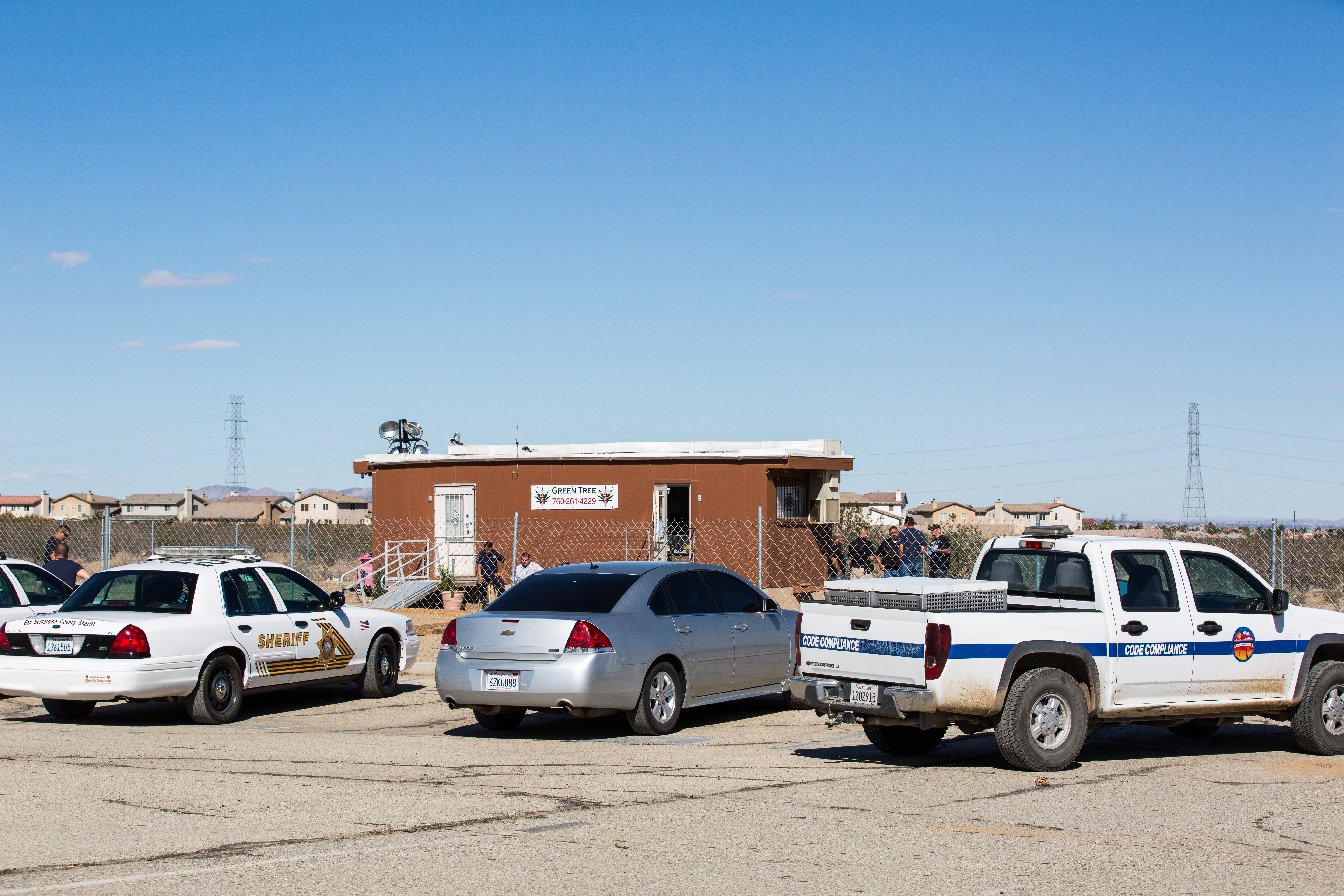 ADELANTO-(VVNG.com): The owner of the controversial and confirmed illegal operation was placed in handcuffs and taken from his makeshift business location in a patrol car following the execution of a search warrant on Wednesday, October 21at at about 10:30 a.m.

The business, Green Tree Health & Healing, located on the 14500 block of Highway 395

was confirmed by employees and online advertising to be a medical marijuana dispensary. The human directional (sign holder) was witnessed by passerbyers for over a month on the corner of Palmdale Road and Highway 395. Homeowners, some living less than half a mile from the business, were not happy with the location that had a very steady flow of customers sometimes creating traffic on Seneca road just west of Highway 395.

Mark de Manincor, Senior Planner with the city of Adelanto Planning Department told Victor Valley News on October 5th “The location, Green Tree Health & Healing located on Highway 395 is an illegal operation. We are aware of it and looking into it.” Although his response answered the question regarding the legality of the operation it sparked several other questions, some wondering why they did not just go in and make arrests.

The additional questions were answered Wednesday, when several items were removed from the location and when owner, Johnny Salazar was taken in the patrol car.  San Bernardino County Inmate records indicate that Salazar was booked into the High Desert Detention Center in Adelanto just after 12:00 p.m. where he was cited and released.

Though the financial woes in the city of Adelanto did bring forth alternative methods of funding, the Medical Marijuana Dispensary ordinance did not pass.