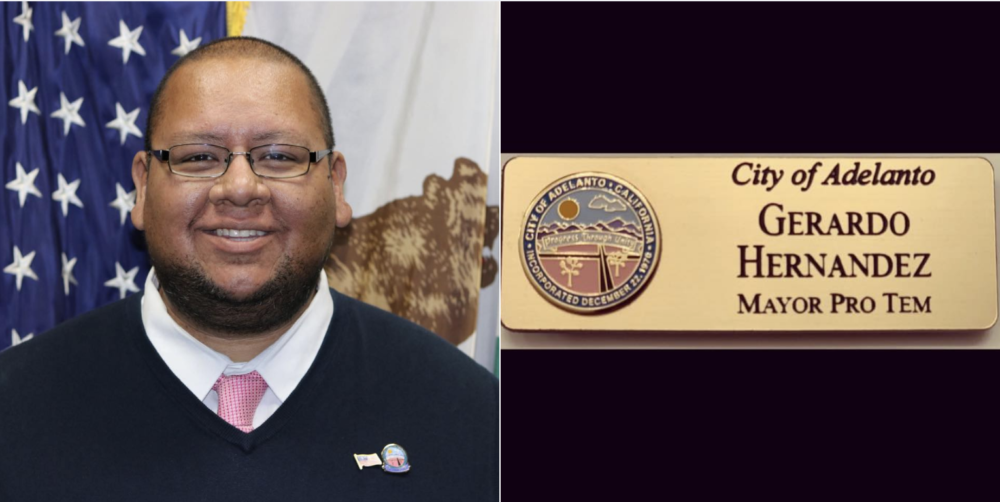 “The City of Adelanto would like to share with its employees and community this important update about the health of Vice Mayor Gerardo Hernandez. As some may have heard, Vice Mayor Hernandez was admitted to the hospital on March 18th after becoming ill. After receiving an early and false-negative test result, his family received confirmation on April 1st that the Vice Mayor has tested positive for COVID-19,” stated City Manager Jessie Flores.

A post made Tuesday afternoon by Tracy Hernandez, Mayor Pro Tem’s wife, said he remains in ICU in critical condition and has been fighting for his life ever since he was admitted into the hospital.

“He is intubated, in a medical coma, has multiple organ failure, acute kidney failure, septic shock, is having dialysis every two days,” stated Tracy.

He began feeling ill two days prior to attending the 4-hour long council meeting on March 11th, where he wore a mask for only a few moments throughout the meeting.

“Vice Mayor Hernandez is an integral part not just of the City government, but of the entire Adelanto community. As the Vice Mayor fights to beat this novel virus, the City stands behind him and his family as they navigate this emotional and difficult time,” Jessie Flores said.

As the COVID-19 pandemic continues, it is more important than ever that everyone in our community observe social distancing guidelines and follow all precautionary measures recommended by public health officials.

“On behalf of the Mayor and the entire City Council, our thoughts and prayers are with Vice Mayor Hernandez and his family,” Flores said.

The family has asked the community to respect their wish for privacy at this time. Letters of support and well wishes should be sent to the attention of the City Manager at City Hall.