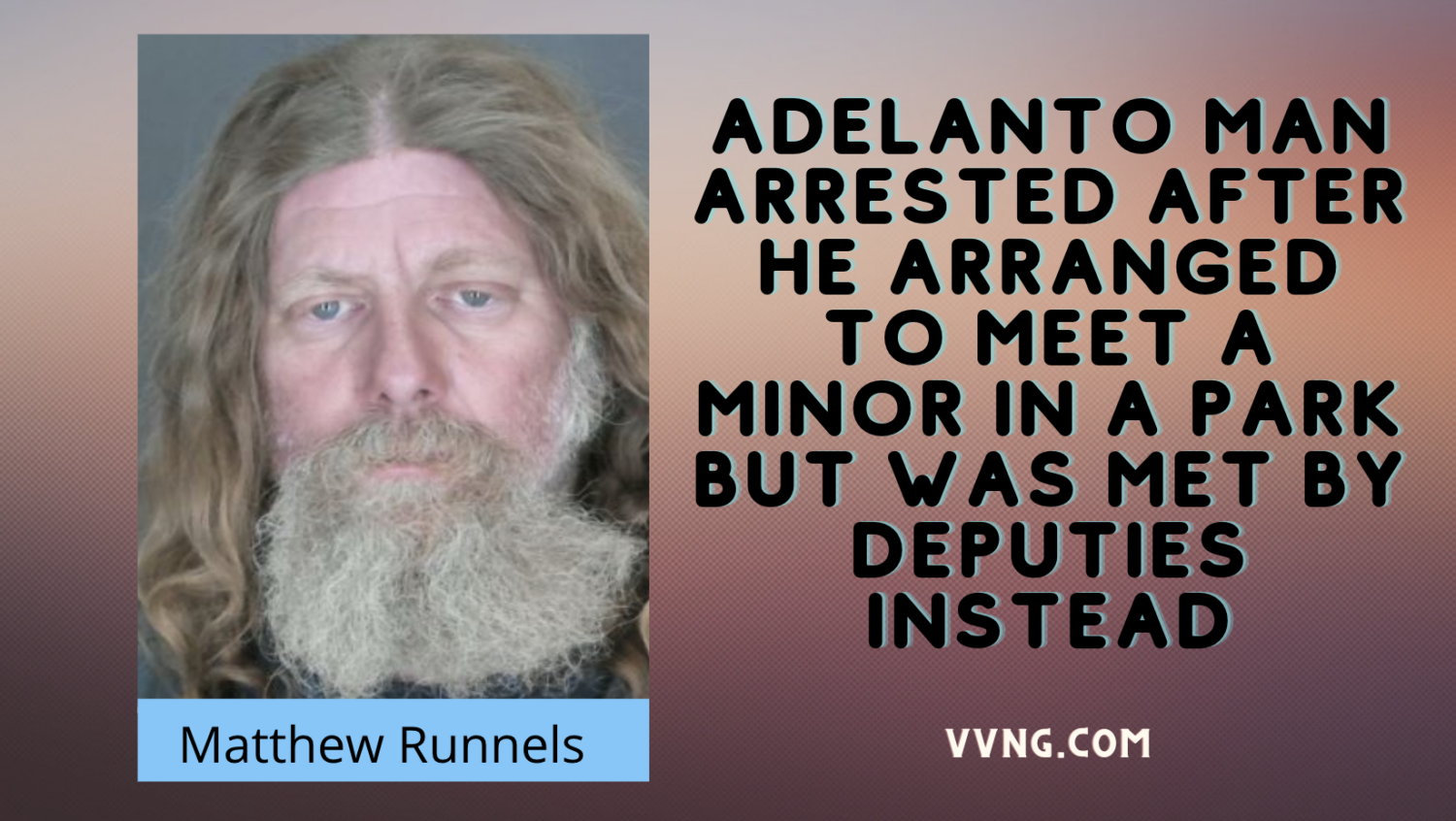 ADELANTO, Calif. (VVNG.com) — A 46-year-old man arrested at a park in Adelanto after arranging to meet a minor is out of custody and has a court hearing later this month, officials said.

According to sheriff’s officials, the suspect Matthew Runnels, a resident of Adelanto, was arrested back on July 17, 2022, at John Mgrdichian Park in the 11200 block of Seneca Road.

“Runnels met who he believed to be a 14-year-old girl on a social media site,” stated sheriff’s spokeswoman Staci Parks. “Runnels arrived at the location as planned but was met by deputies who took him into custody without incident.”

Through the investigation, deputies obtained evidence showing Runnels was aware of the victim’s age. The spokeswoman said Runnels is a documented gang member and deputies believe there may be more victims who have not come forward, possibly out of fear of retaliation.

Runnels was booked at High Desert Detention Center for PC 647.6(A)(2) Annoying or Molesting a Minor, he was ‘Cite Release’ and out of custody several hours after his arrest. He is due to appear in court on August 31, 2022, at 8:00 am.

The investigation is ongoing and officials are asking anyone that has been contacted by the suspect or has information about the case to contact Deputy J. Mora at 760-552-6800.

Motorcyclist dies after accident on Bear Valley Road in Victorville