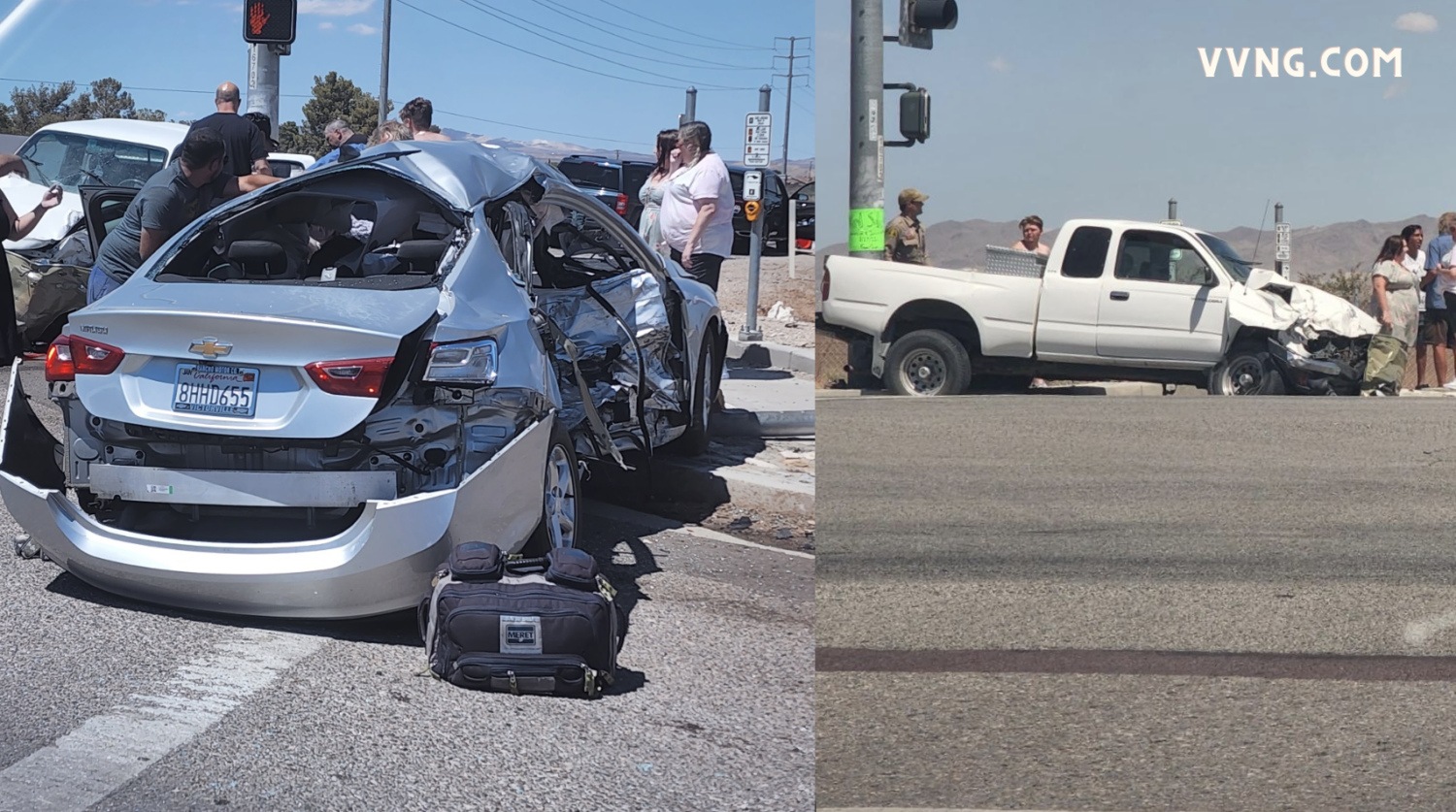 ADELANTO, Calif. (VVNG.com) — An Adelanto man was killed in a crash on US Highway 395 by an 18-year-old distracted driver, officials said.

Emergency personnel arrived on scene and found 33-year-old Enrique Meza, trapped inside a silver 2018 Chevrolet Malibu. Sheriff’s officials said Meza was extricated by the fire department and transported to a local hospital where he succumbed to his injuries.

The 18-year-old driver of a white older model Toyota Tacoma identified as Apolinar Lopez, a resident of Adelanto, was not injured.

According to a sheriff’s news release, Apolinar was going northbound on 395 when he ran a red light at the intersection of Chamberlain Way and Enrique was going eastbound crossing the highway when his vehicle was broadsided by Meza’s vehicle.

The investigation is ongoing by Deputy L Torres of the San Bernardino County Sheriff’s Department’s Major Accident Investigation Team (M.A.I.T.). “Distracted driving is believed to be a factor in the collision,” stated a sheriff’s news release.

Enrique’s family launched a Gofundme account that will help cover funeral expenses. According to the description, Enrique leaves behind his ex-wife Becca and two beautiful daughters named Bells and Rosie Meza. “He had his whole future before him. His family was his number one priority,” stated the account organizer Sharon Cabrera.

Donations can be made via the following link: Enrique Meza