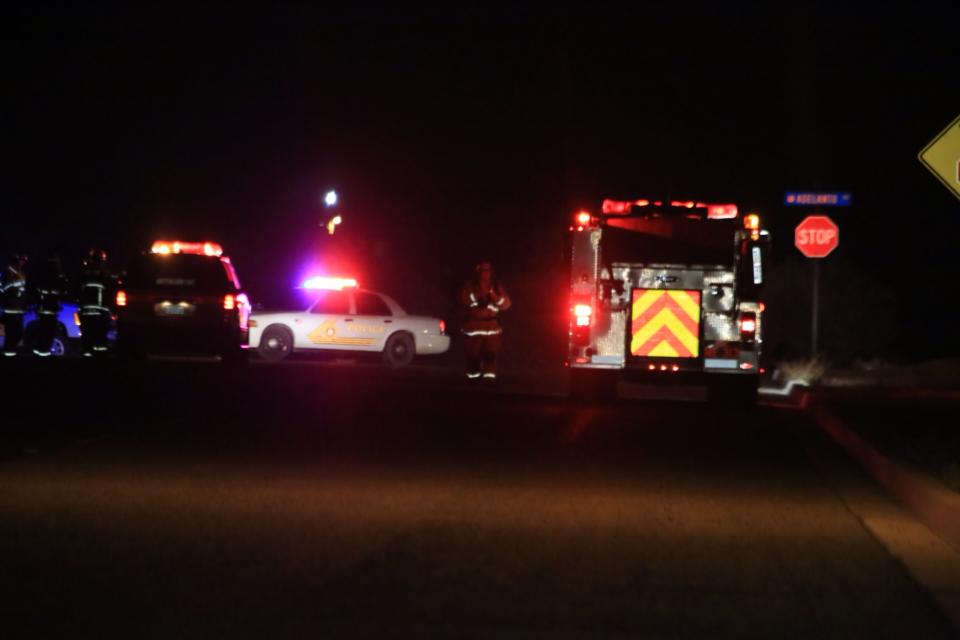 ADELANTO: San Bernardino County Sheriff’s Department responded to a single vehicle collision in the area of Adelanto Road, north of Rancho Road at about 8:30 p.m., on Monday.

Sheriff’s central communications center received a call reporting a single vehicle roll over that crashed and ruptured a main gas line. The reporting party also stated the driver of the vehicle appeared to be passed out inside of the vehicle.

Upon arrival, the first-in engine company found a single vehicle that had rolled over and landed upside down on above ground high pressure valves which control natural gas.  Firefighters observed one occupant who was trapped but waving an arm. This victim was considered viable and needed to be extracted from the situation.

The potential hazard of the product igniting created an unsafe area for fire department personnel.  With the additional resources, firefighters were able to set up hose lines and apply a light spray of water over the vehicle to help dissipate and mitigate the chance of ignition.  Other firefighters in safety gear and breathing apparatus made a second entry to rescue the driver.  This second rescue took some time because the driver was pinned and special hand tools were needed to extricate him from the wrecked vehicle, according to the release.

The driver of the vehicle identified as, Shawn Lamonte Davis, a 46-year-old resident of Adelanto, was extricated from the vehicle and transported to Loma Linda Medical Center where he later died of his injuries.

The gas leak prompted the evacuation of a half mile radius of an isolated area along Adelanto road. The surrounding street’s were immediately blocked off to through traffic and as a precaution the area to the east of Adelanto road was also evacuated.

South West Gas responded to the scene and assisted in helping to secure the ruptured gas line. Per scanner traffic, the leak was secured and the attack terminated at 21:47.

An autopsy will be conducted to determine the cause of death. The San Bernardino County Sheriff Department is investigating the incident.