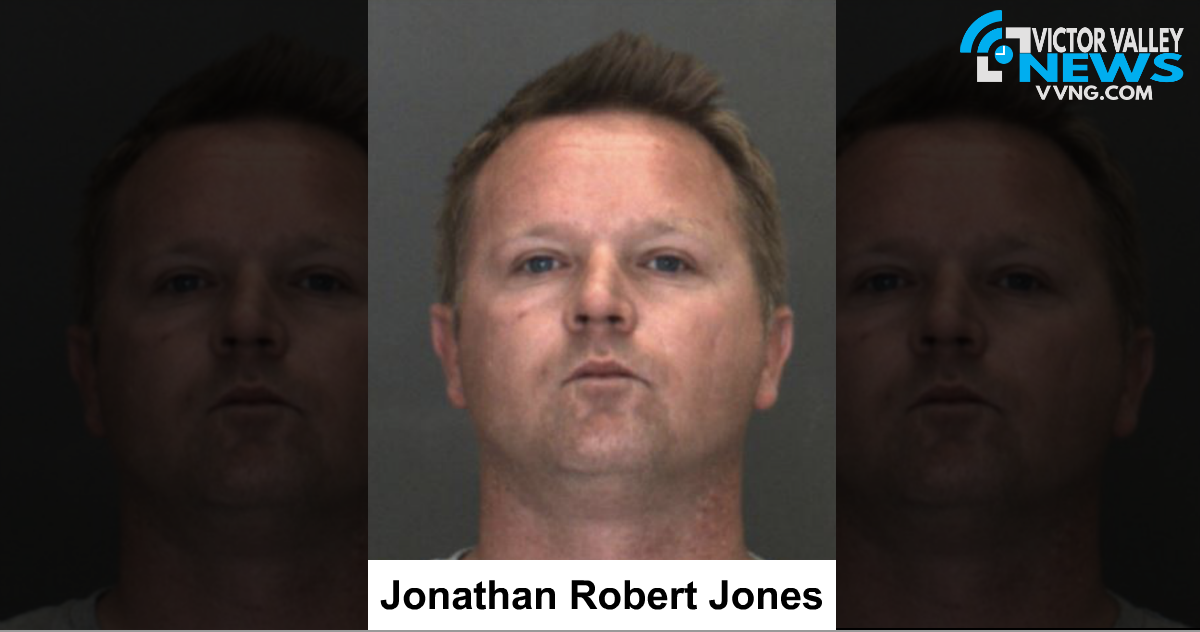 On April 28, 2017, Deputy Wendy Perea from the Victor Valley Sheriff’s station was assigned to investigate a Cybertip that was sent to the National Center for Missing and Exploited Children (NCMEC) by an online digital file storage company.

According to a San Bernardino County Sheriff’s press release, the Cybertip contained images and videos of confirmed child pornography. Perea authored a search warrant to obtain the subscriber information for the Internet Service Provider (ISP.)

On May 18, 2017, Deputy Perea received the results from the ISP and identified the account holder as Jonathan Robert Jones.

“She used various law enforcement databases and search techniques to positively identify the suspect, whose image was captured in the videos,” stated the release.

Perea authored a search warrant for the suspect’s residence and seized evidence to help corroborate the various crimes Jones committed.

Through this investigation, Perea learned that Jones used to live with his family in the Colton area. There is evidence that indicates there may be additional victims in the Colton and/or Victor Valley area.

High Speed Pursuit on I-15 Freeway Ends in Crash