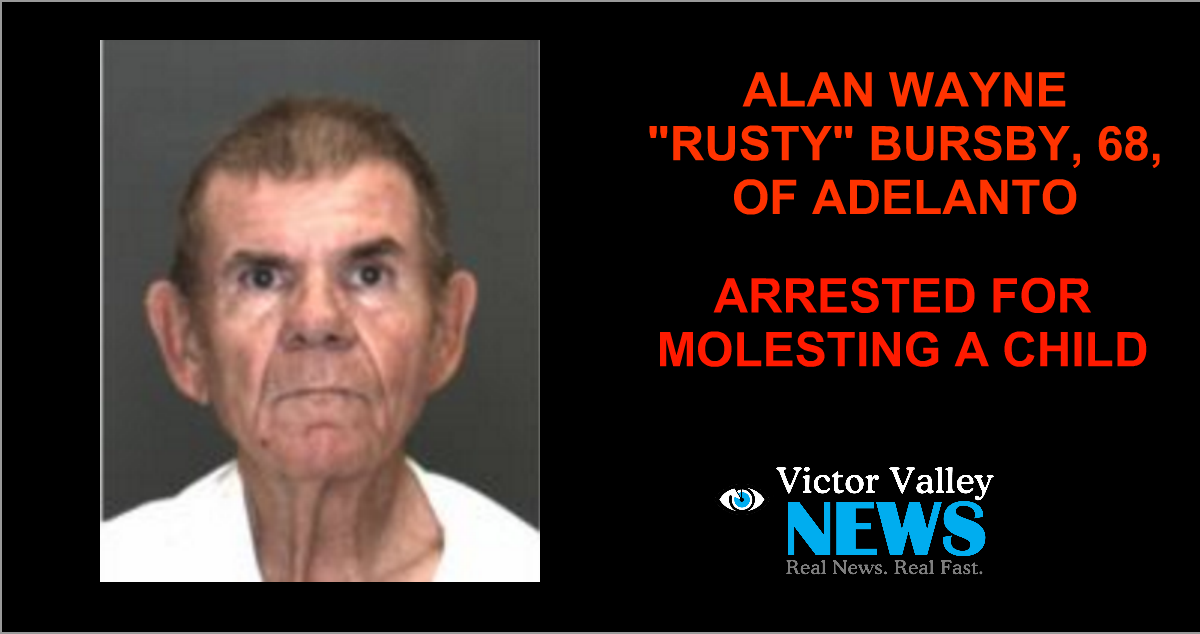 ADELANTO, CALIF: (VVNG.com)- A 68-year-old Adelanto man was arrested for repeatedly molesting a female child under the age of 14.

Authorities say Alan Wayne “Rusty” Bursby, molested the child while the family was residing at the suspect’s home in the city of Adelanto. The child disclosed the information to the reporting party who reported it to police.

On Monday, May 16, 2016, the Victor Valley Sheriff’s Station received a courtesy report taken by Los Angeles County Sheriff’s Department regarding a child molestation.

Through the investigation, conducted by Deputy Wendy Perea, it was learned that the female juvenile, who is now 15 years-old, was repeatedly molested by Alan Wayne “Rusty” Bursby who is known to the victim and her family. During the investigation, evidence was recovered substantiating the allegations.

On Monday, August 1, 2016, Alan Wayne “Rusty” Bursby was arrested and booked at the West Valley Detention Center in lieu of $350,000.00 bail. Today, the San Bernardino County District Attorney’s Office filed Felony criminal charges on Bursby for continued sexual abuse of a juvenile under 14 years of age.

Bursby is employed as a maintenance worker for several apartment complexes within the Victor Valley area and goes by the name “Rusty”.