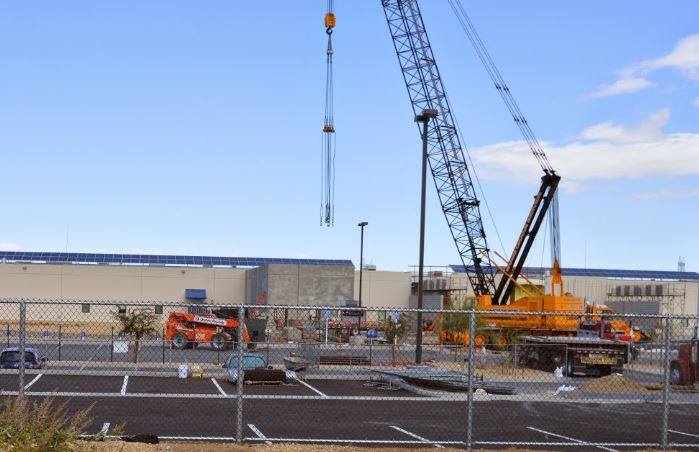 ADELANTO:(VVNG.com)- The GEO detention facility on Rancho Road in the city of Adelanto is undergoing an expansion that was negotiated with the Department of Homeland Security according to Adelanto City Manager, James Hart. This new addition to the already large facility with a 107,578 sq. ft. campus is home to an approximate 1,300 men in federal immigration custody.  The expansion will be adding space for an additional 640 beds, 120 of those for female detainees and 520 additional for males.

The project was deemed necessary to meet the demand of bed space in the Los Angeles area. Many human rights and immigrants rights advocates feel that it is a bad idea to place a for profit private facility to house these immigrants.  Many of these advocates say that the facility has a record of neglect and poor treatment of their detainees.

The small, struggling city has high hopes for the expansion, hoping that it will create more employment. At this time, it is unknown how many new jobs the expansion is expected to add. It is known is that an additional $21 million per year will be made for the shareholders in this privately run facility which is in fact a business..

This is a separate project than the private detention facility that are still in the talking phases to house LA County Inmates. “As of now, no deal has been reached and I don’t know if they will or will not reach a deal,” stated Hart.