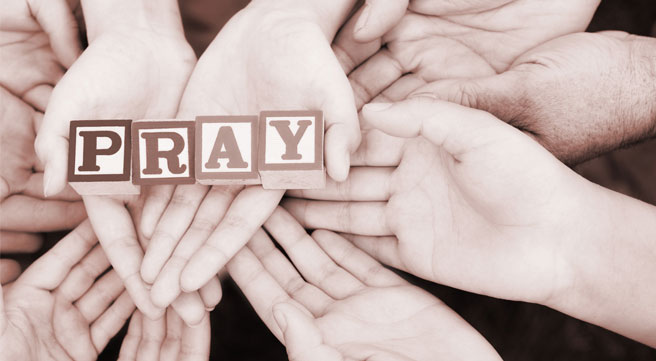 ADELANTO, Calif. — Following a city tradition that began in 1995, the City of Adelanto will once again conduct a ceremony in recognition of the National Day of Prayer. The ceremony will take place at the flag pole at City Hall on Thursday, May 4, 2017 at 12 noon, and is coordinated by Pastor Dane Davis from First Christian Church.

“There is so much division in our world, our country, that people of all faiths coming together to pray is a powerful way to promote peace and tranquility,” said Adelanto Mayor Pro Tem Jermaine Wright, an ordained minister who will present a proclamation on behalf of the city.

“Prayer is much more than a tradition. It’s the lifeblood of any nation that claims—In God We Trust,” said Pastor Davis. “Our national and local leaders, military personnel, schools, churches and families all need our prayer so please join us on Thursday, May 4th as we lift them up to our Father in heaven,” he added.

At the conclusion of the hour-long ceremony, attendees will be able to enjoy free refreshments including sandwiches, chips, and cookies.