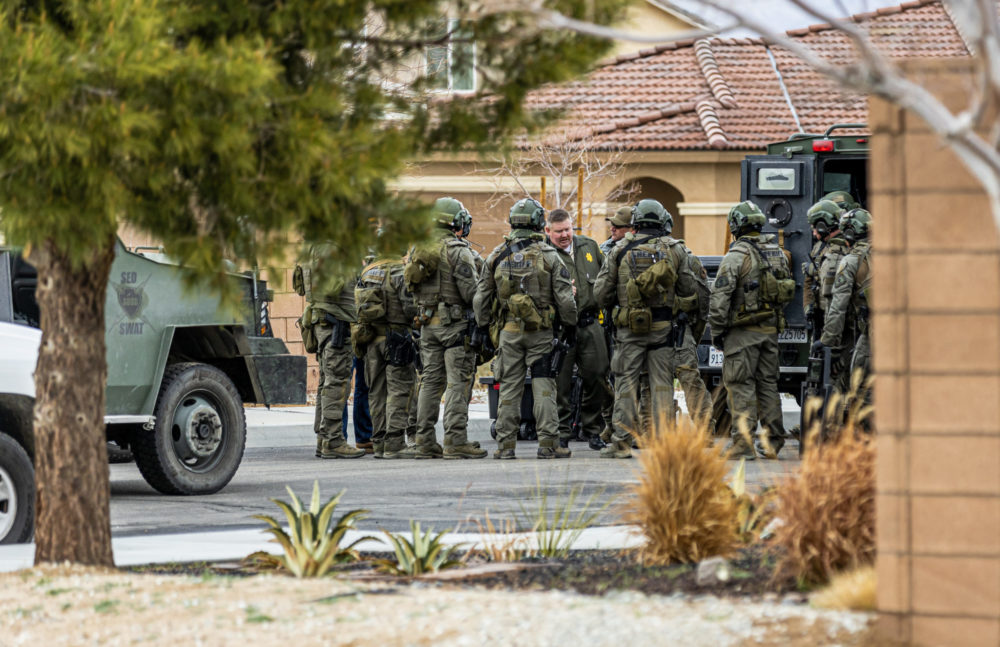 UPDATE @ 930am: The sheriff’s spokeswoman said the incident is over. SWAT Deputies made entry into the home and the suspect was not found. No further information was released.

ADELANTO, Calif. (VVNG.com) — The San Bernardino County Sheriff’s SWAT team has descended on an Adelanto neighborhood where a possible intruder is barricaded inside a home, officials said.

Sheriff’s spokeswoman Jodi Miller told Victor Valley News they received a report of an intruder inside the residence.

“When deputies arrived they were able to get the resident out of the home. They are now trying to establish if the suspect is still inside the home,” stated Miller.

Miller also stated that deputies were making PA announcements and they haven’t seen any movement from inside the home.

Nearly a dozen members of the sheriff’s SWAT team along with an “Armoured Rescue Vehicle” were at the scene and coordinating on a plan to make entry into the structure.

As a precaution, several of the adjacent homes were also evacuated.

A black 2-door Mercedes-Benz with a shattered windshield is abandoned in a field adjacent to the neighborhood, however, it’s unknown if the vehicle is related to this incident.