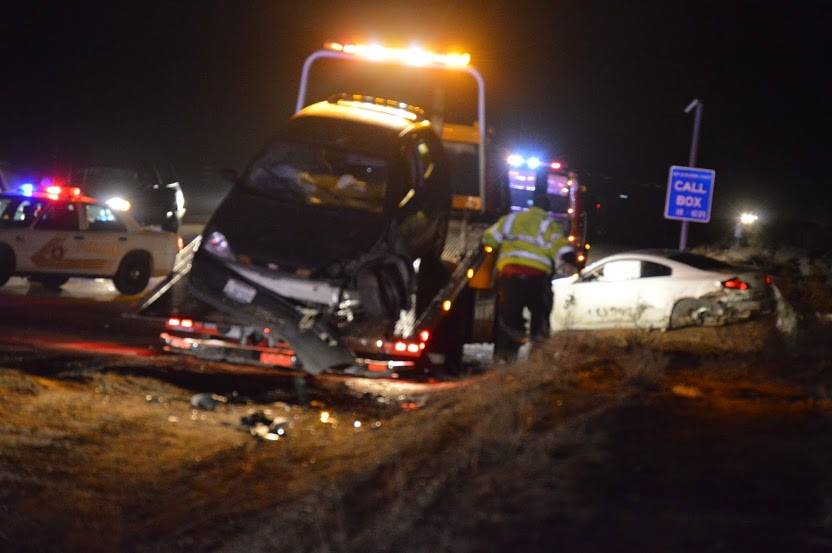 ADELANTO-(VVNG.com): At approximately 6:09 pm on Tuesday, December 16th, dispatch received a call reporting a 3 vehicle collision involving a tractor-trailer, a grey ford focus and a white Infiniti G35 on Palmdale road just west of Aster Road. Emergency responders arrived to what appeared to be a head on collision that subsequently caused a white Infiniti to overturn.

The occupants of one of the involved vehicles, a male and female ran from the scene of the accident. The female is believed to have long brown hair and the male, a shaved head. According to Sheriff’s Spokeswoman, Staci Parks, one adult male was transported to a local hospital by ground ambulance with minor/moderate injuries.

The accident is still under investigation, there is no information as to the cause of the accident. No arrests have been made at this time. Anyone with information us urged to contact police.