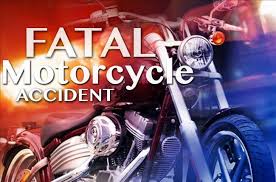 (VVNG.com)- 17-year-old Victorville resident and Adelanto High School student lost his life on Saturday night after a motorcycle accident that occurred at approximately 11:45 p.m. The accident took place near the rear entrance of Arrowhead Regional Medical center in Colton at the Meridian Avenue and C Street intersection.

According to witnesses, the teen, was allegedly riding said to be riding his motorcycle fast and passing vehicles prior to running into the back of a vehicle. The teenage motorcycle rider, whose name has not yet been released, was pronounced dead at the scene.

Those who knew him speak fondly in memory of him. “Sad at such a young age with a promising career. That of a Fireman, I know this as he was one of my Fire Explorers out of the Victorville program for SBCOFD. Very respectful young man who was on the right path,” replied Jay Hausman on a Victor Valley News post.

A candlelight vigil is planned on Pueblo Lane in the city of Victorville at 5 p.m. on Monday, July 21st.