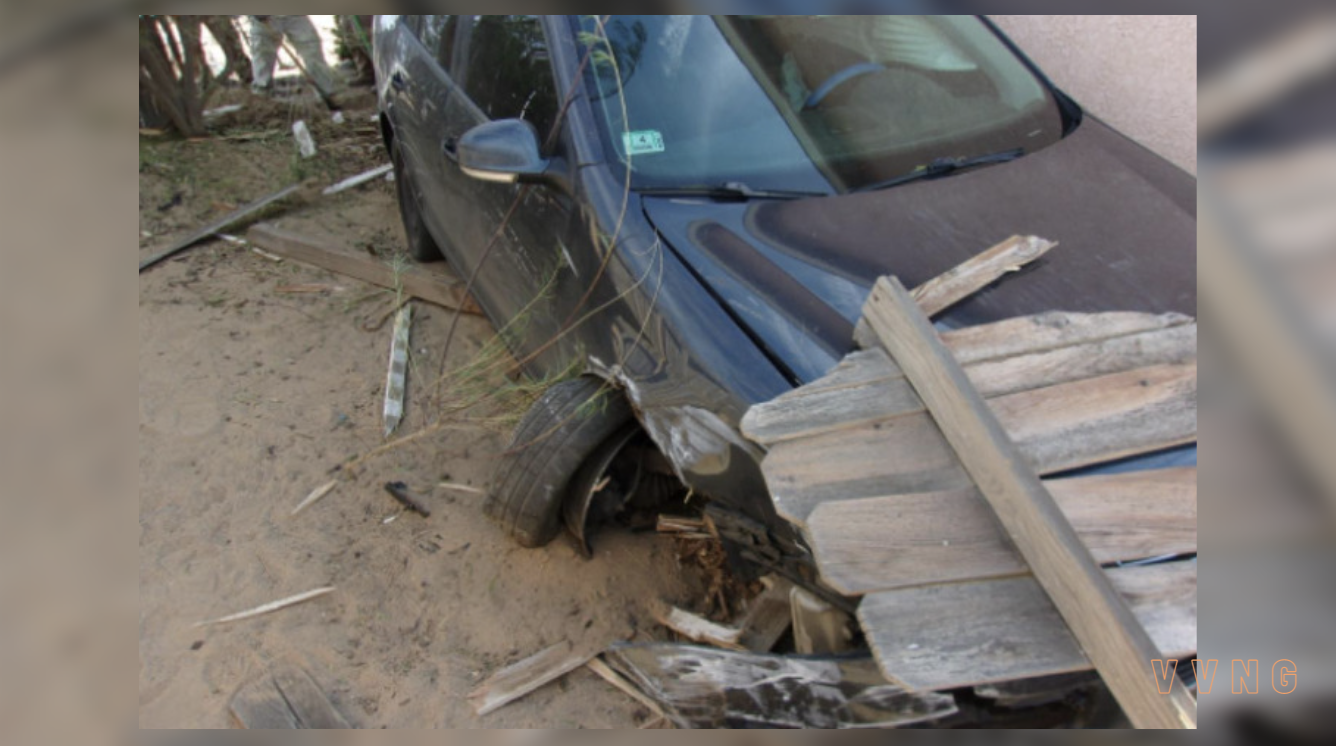 ADELANTO, Calif. (VVNG.com) — A gas leak in Adelanto on Sunday was caused by a 17-year-old driver involved in a crash, officials said.

It happened on Sunday, October 24th, at about 12:00 pm, in the area of Thomas Ct and Chamberlaine Way.

Sheriff’s officials said the 17-year-old was traveling westbound on Chamberlaine Way and attempted to pass other vehicles over the double yellow line. The teen sideswiped another vehicle and lost control of his car.

“His vehicle crashed through two fences and into the side of a residence, breaking off a gas meter causing a large gas leak. The home had to be red-tagged due to structural damage,” stated officials.

Sheriff’s officials said several other residences were temporarily evacuated until the gas leak was repaired.