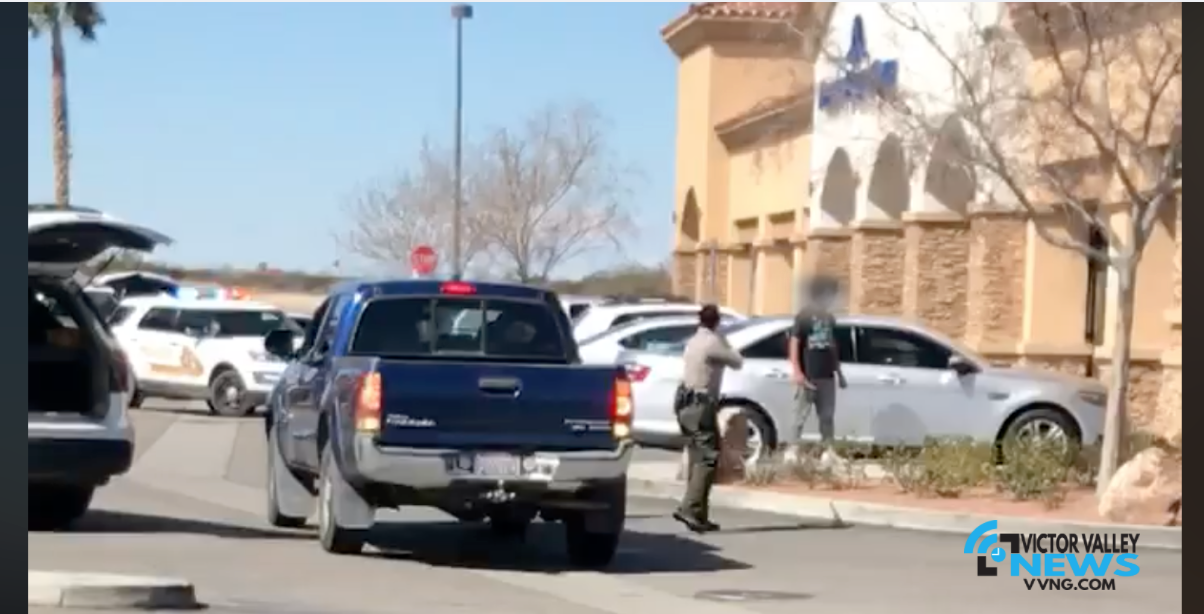 ADELANTO, Calif. (VVNG.com) — Sheriff’s deputies were called to assist an 18-year-old student wielding a knife and cutting himself Thursday afternoon.

At about 11:25 am, deputies responded to the parking lot of Antelope Valley Learning Academy located at 12100 Palmdale Road in Adelanto and found a young male adult cutting himself in the parking lot.

Danny Llamas was in the area and captured the incident on his cell phone. The 30-second clip shows, a young man wearing a black shirt and gray sweat pants holding a large knife tightly in his right hand as he continues to pace around the parking lot.

Sheriff’s deputies were able to de-escalate the situation and convince the male to drop the knife. In the video, the young man falls to his knees as deputies step in to help him.

Medical personnel responded to the location, rendered medical attention and transported the victim to a local area hospital for evaluation.

No other student or deputies were injured during the incident.

Do not leave the person alone

The more of these signs a person shows, the greater the risk. Warning signs are associated with suicide but may not be what causes a suicide. Information from the American Foundation for Suicide Prevention.