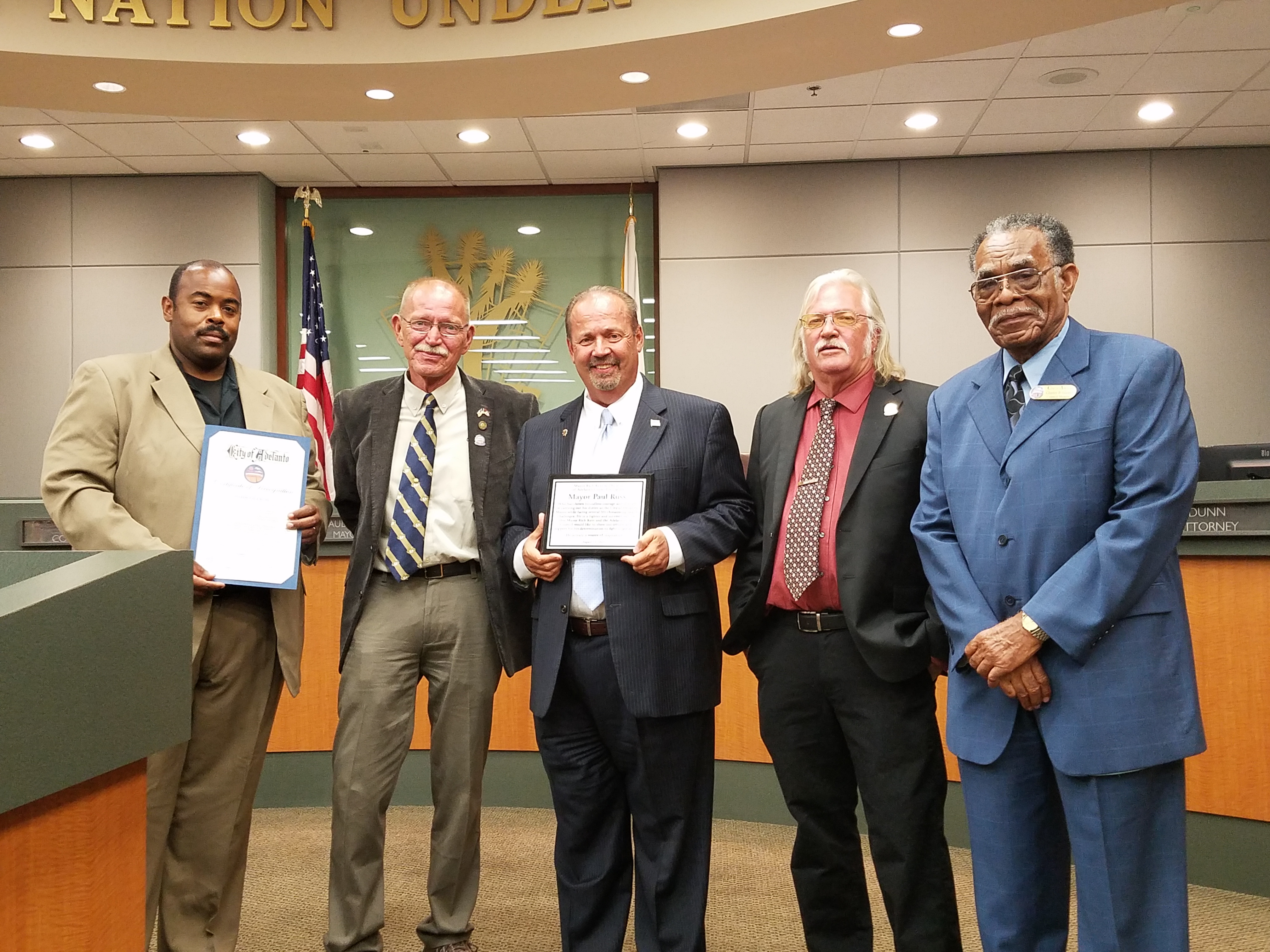 ADELANTO, Calif. (news release) — In an uncommon display of compassion and support, Adelanto Mayor Richard Kerr, accompanied by three of his Council colleagues, presented Hesperia Mayor Paul Russ with a plaque and Certificate of Recognition at Tuesday’s City Council meeting in light of the significant health challenges Russ is facing.

“Our Councils are competitive as you would expect, but you have to put aside competitiveness and show love and support when one of us is facing tough times,” said Kerr, who’s idea it was to present the recognition to Mayors Nassif and Russ.

Kerr stressed that as elected officials, “we put in an incredible amount of time working long hours and being available for calls or visits from constituents seven days per week and sometimes this extra time can take its toll.”

For Scott Nassif the award recognized him because despite suffering a major health challenge last year he remained committed to his oath, the residents of the Town of Apple Valley by demonstrating uncommon courage and determination by returning to carry out his duties as Town Councilman.

Nassif, like Russ, was surprised by the recognition and said during the August 8 Council meeting that “I appreciate the recognition, as you know we don’t normally get recognized so I’m little bit surprised…we’re usually the ones giving out the plaques.”

Adelanto Council’s recognition for Paul Russ states that by him facing several life threatening health challenges has forced us to imagine the unimaginable. Despite

significant risks, he has shown what it means to have dedication, perseverance, and commitment to his family and constituents by not allowing his health challenges to control his life.”

Russ indicated that Mayor Kerr approached him two weeks ago asking to be on the agenda to do a presentation but wouldn’t divulge the reason. “I told him that the Council normally doesn’t allow presentations when we have no idea what they’re about but to at least let the City Manager know,” said Russ. “I had no idea what the presentation was about until this evening and now I know why he was being secretive; I truly appreciate the recognition,” he added. 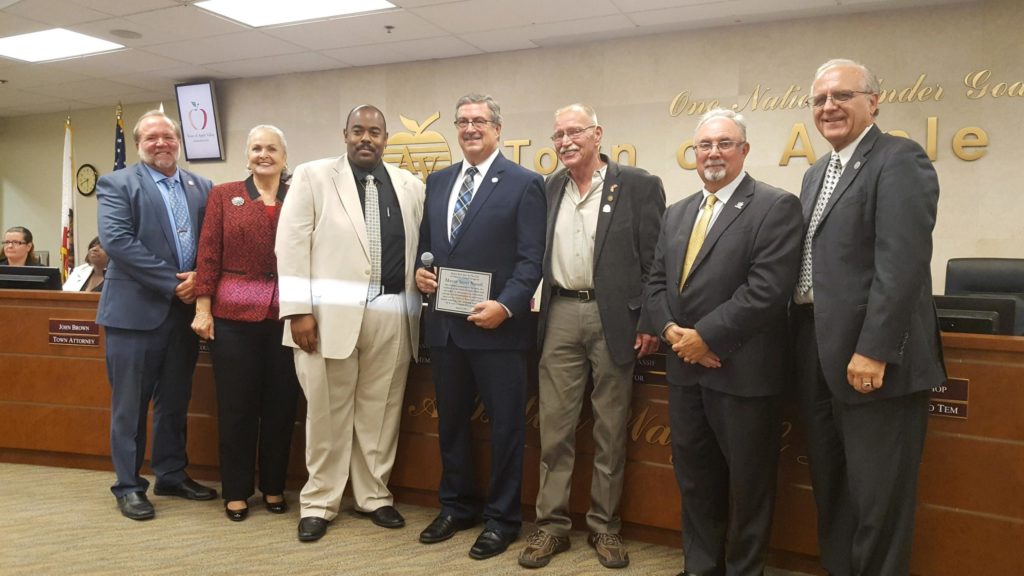 Kerr stressed that despite the competitiveness between the cities, there is a strong spirit of cooperation and friendship. “We formed Opportunity High Desert for all of our communities to work together to market and promote our region. Our Mayors meet on a regular basis to discuss common issues and concerns, when either of is affected in a negative way it affects us all.” said Kerr.

Kerr bounced back from a health challenge himself in January when he took a tumble on his motorcycle, suffering a broken left collarbone, several broken ribs and a partial collapsed lung.