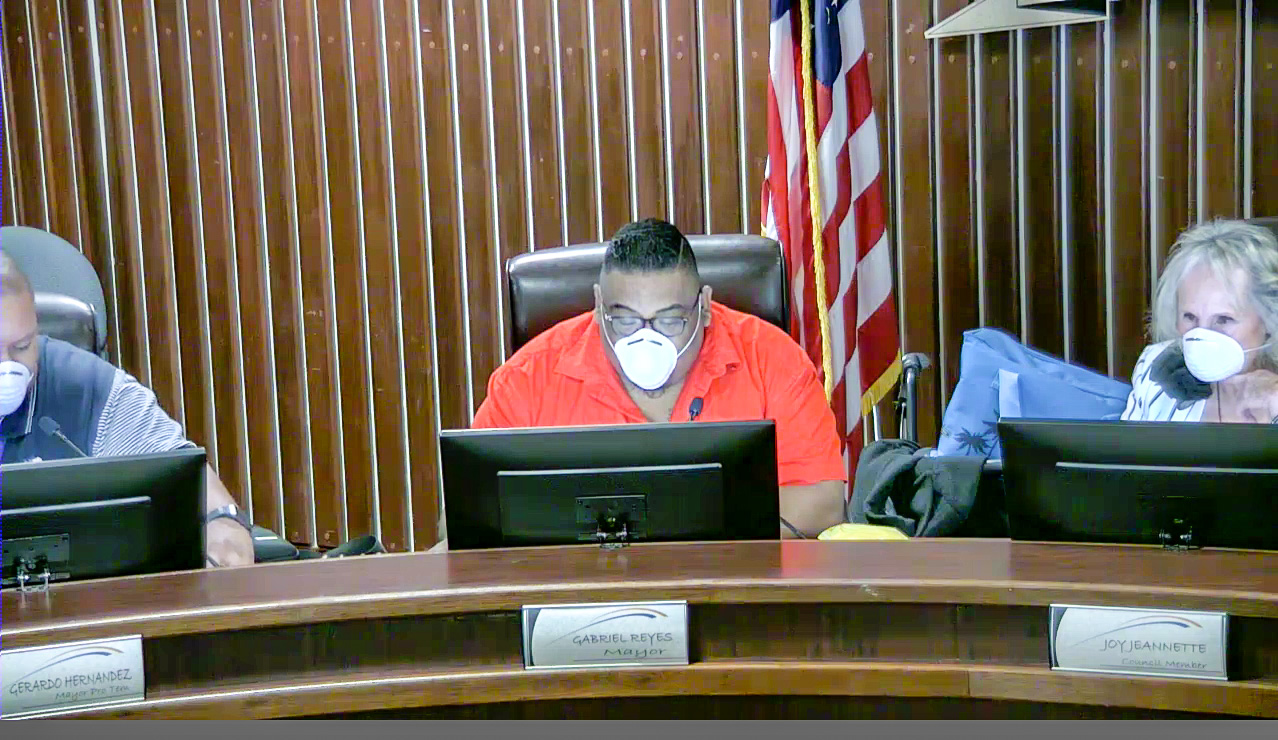 ADELANTO, Calif. (VVNG.com) — The Adelanto City Council held an emergency meeting Thursday night to declare that a “local emergency exists,” and to confirm the limitation of public events.

Although no confirmed cases of coronavirus have been reported in San Bernardino County, the council said they were taking proactive measures in response to the potential threat of COVID-19.

During the emergency meeting Thursday night, it was announced that the Adelanto Stadium, the community center, and the senior center will be closed until further notice to discourage public gatherings.

The day prior, on Wednesday March 11, the Council voted and approved that Mayor Pro Tem Gerardo Hernandez and City Manager Jessie Flores receive a budget of $1500 for an emergency trip to Sacramento to seek funding for the coronavirus.

“I’ll take that coronavirus risk and fly out to Sacramento as early as tonight, first thing Monday morning, whatever it takes to go out there and advocate on behalf of the City to secure some of these resources on a state level, and if I have to go to Washington D.C. to do the same, I will do that,” Flores stated during the Wednesday night meeting.

When asked how the funding would be spent, if approved, Flores said it would be used for a combination of medical care, and economic development opportunities.

As an example used, he said 3M, a company who makes face masks and hand sanitizer, was looking for cities where they can bring warehouses and provide supplies to the City.

Council member Joy Jeanette said “We may need truck loads of water coming into our city, toilet paper and baby supplies, and all this stuff, we need to be ready.”

Mayor Reyes told VVNG the council members were planning to leave on Monday but wasn’t so sure after receiving word that the Capital may be closing down. At this time it’s unknown when they will be leaving to Sacramento to “Lobby for Funds”.