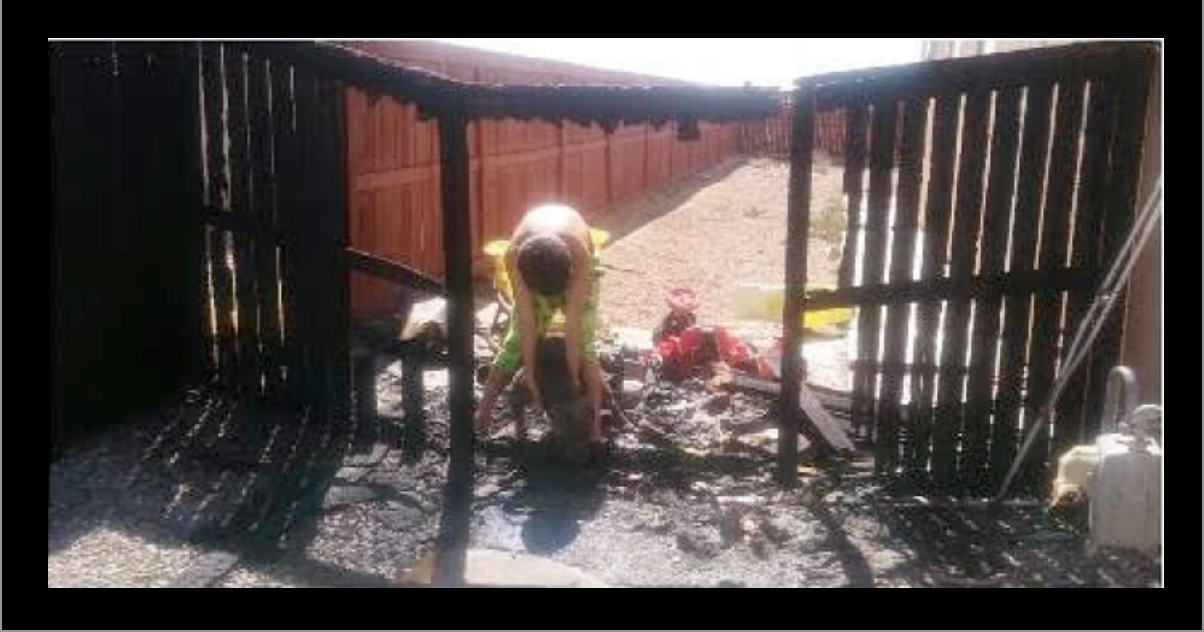 ADELANTO, Calif: (VVNG.com)- A house fire in Adelanto on August 2nd was contained to a small area, thanks to the quick actions of Bill Rinker, City of Adelanto’s Lead Mechanic.

While driving by the residence in the 17000 block of Windy Way, Rinker noticed the fire and immediately called 9-1-1.

“I knew I had to do something because I wasn’t sure how long before the Fire Department would respond,” said Rinker. Using a water hose from the front yard Rinker began to extinguish the fire—all the while ringing the doorbell repeatedly trying to determine if anyone was inside.

As it turned out, an 18 and 14-year-old were in the house, who, unaware of the fire, did exactly what they were told by parents and didn’t answer the door.

“Once the kids saw the fire and me trying to put it out, they answered the door,” said Rinker.

Fire damage, limited to outside, shows how close the flames were to the house.

“I am so grateful for what he did, said Stacy Lira, the renter. “Bill saved our home and the lives of my children by stopping the fire before it spread. I will forever be grateful for him, he is our hero,” said Lira.
“He and his wife even paid a follow-up visit a couple hours later just to check on us, said Lira.

The Fire Department responded within 20 to 30 minutes and the fire was limited to an outside area at the side of the home.

Although a portion of the fence was destroyed, the situation could have been worse as it happened near the gas meter. It wasn’t determined how the fire started.

[box type=”note” align=”aligncenter” class=”” width=””]Rinker has worked for Adelanto the past 21 years in the Public Works Vehicle Maintenance Department. “I am always impressed when I hear that our employees go above and beyond what’s required of them and I hear examples time and time again,” said City Manager Cindy Herrera.[/box]