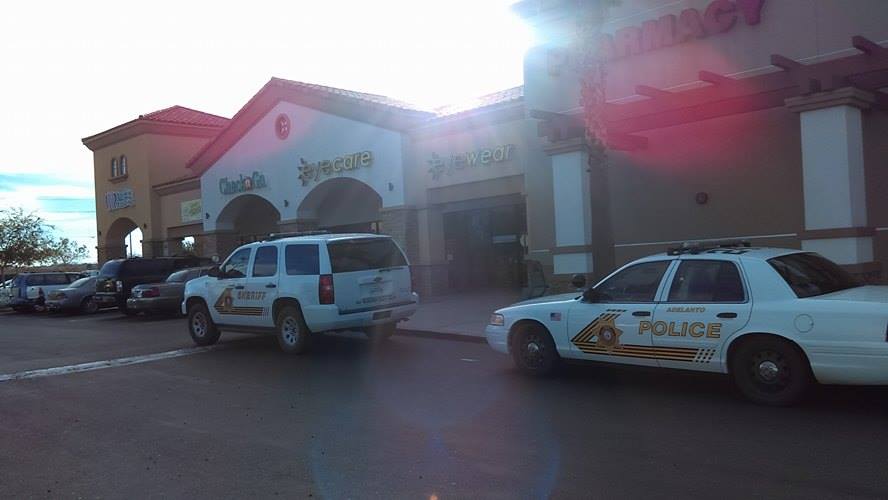 ADELANTO-(VVNG.com): Just after 2:30 p.m. on Monday, December 7th an armed robbery occurred at the Check N’ Go located in the Stater Brothers shopping center at 12100 Palmdale Road in Adelanto. The suspects, one of whom was armed, went into the store and demanded the money.

At least one customer and employee were inside of the business during the armed robbery. Neither reported any injuries. The suspects left with an unknown amount of cash and a cell phone belonging to the store employee.

According to reports, the money was put in a brown duffel bag and the three suspects then fled the scene in an unknown direction.

Per scanner traffic, the suspects were described as three black male adults in their 20’s, average height, and average build. Suspect #1 was wearing a gray track suit white shoes, suspect #2 was wearing a black track suit and red shoes and suspect #3 was in unknown clothing and was carrying a black semi-automatic pistol.

Deputies from the Victor Valley station set up a perimeter and a helicopter was called to assist in the search. Three potential suspects in a white SUV were stopped at Reno Loop Road and Sorrel Way, but were determined to be uninvolved.