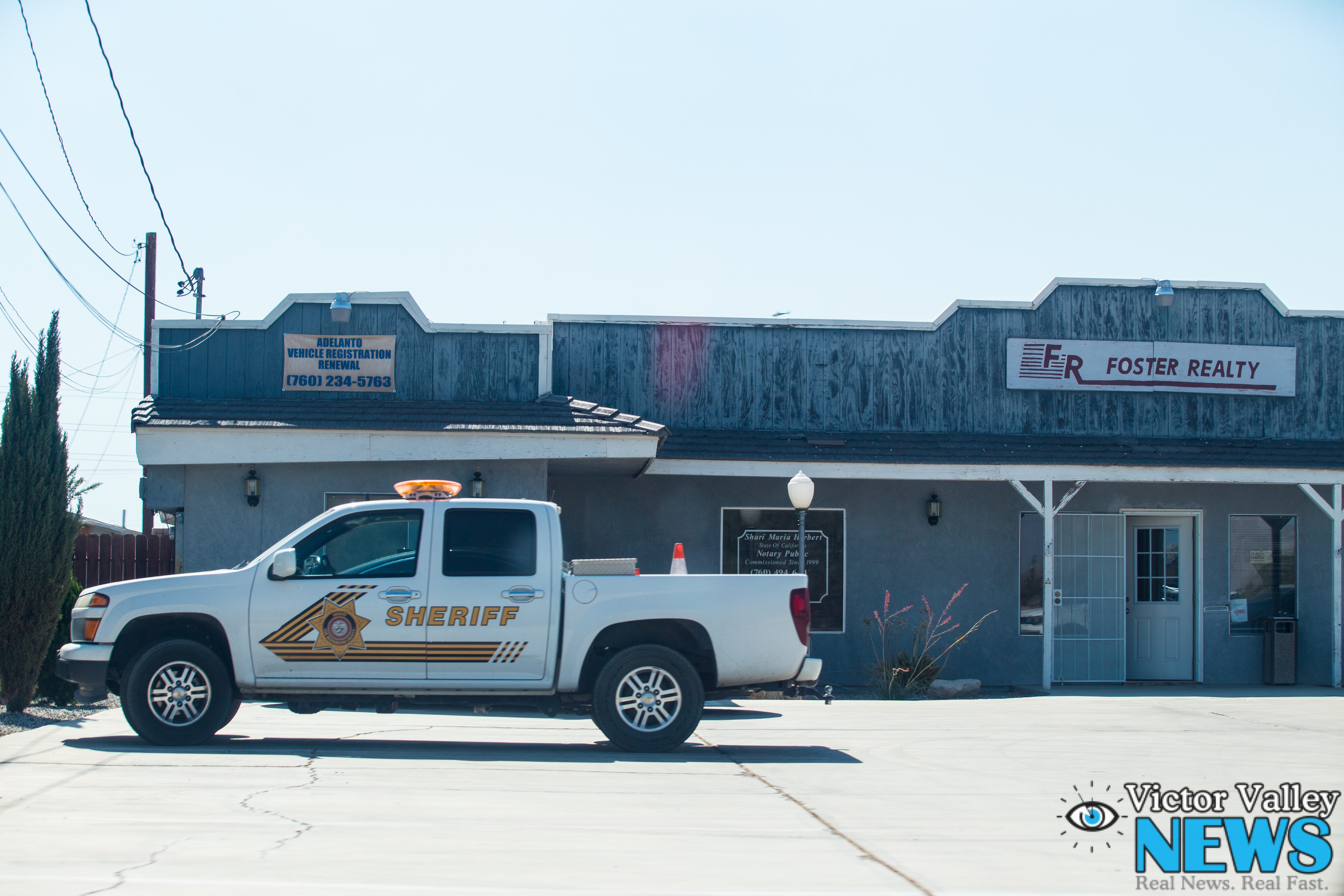 At about 3:11 p.m. on August 5th, dispatch received a report of an armed robbery at a Real Estate office on the 18000 block of Jonathon Street.

According to Sgt. Rodriguez, the suspects are described as two black males in theirs 20’s. Suspect #1 was wearing a red sweatshirt, gray pants, and a black du-rag. Suspect #2 was wearing a dark shirt and dark pants.