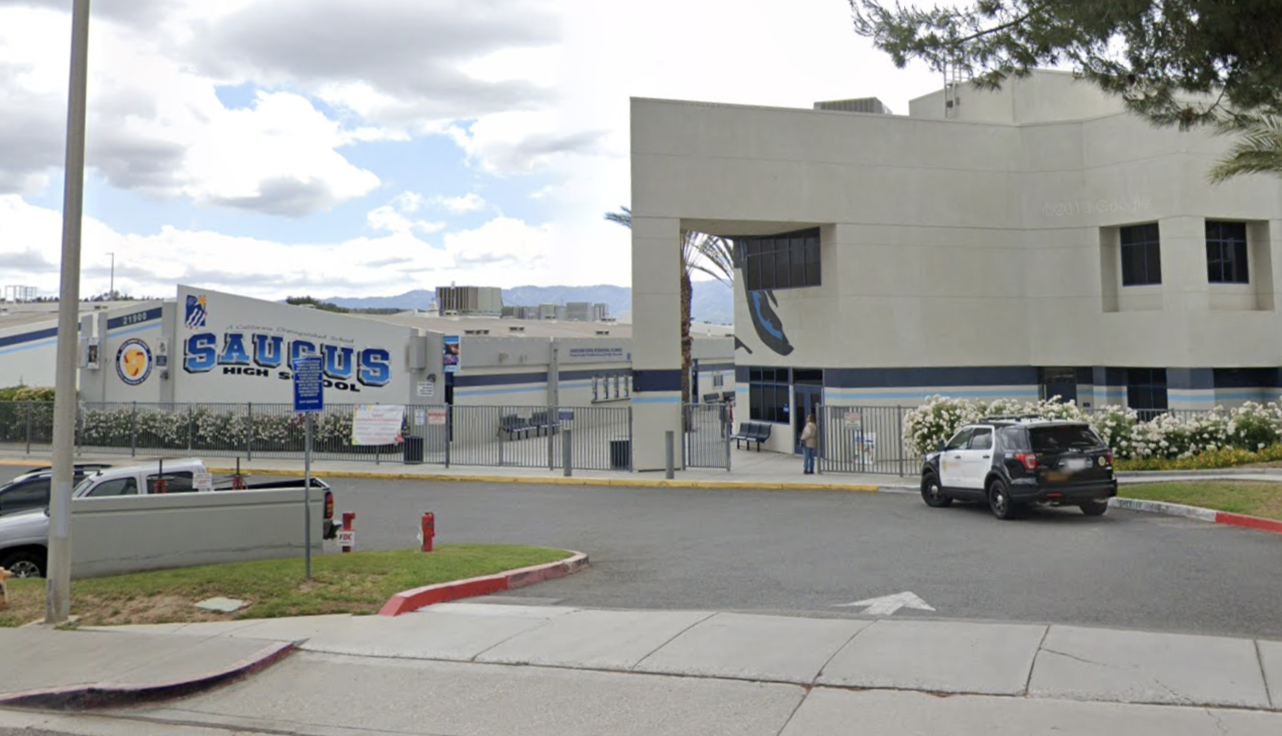 UPDATE – A second student shot has died. The gunman remains in critical condition after shooting himself in the head, officials said.

UPDATE – One female student has died and three other males are being treated at a hospital.

UPDATE – The suspect is in custody and being treated at a local hospital, according to a tweet from LA County Sheriff Alex Villanueva.

SANTA CLARITA, Calif. (VVNG.com) — Multiple people have been injured in a shooting at Saugus High School in Santa Clarita.

At this time, 5-7 people have been wounded with at least one shot in the abdomen and the gunman remains at large.

According to reports, authorities are searching for a male Asian suspect wearing a black shirt and blue jeans. As of 8:30 am, the search for the active shooter continues.

Evacuations at the school are in progress. Deputies are searching a hillside for the suspect.

Per scanner radio traffic, officials have a positive identification of the suspect.

The Santa Clarita Valley Sheriff’s Station advised people who live in the neighborhood or anywhere near Saugus High to please lock their doors and stay inside. If they see a suspect wearing all black clothing in backyards to call 911.

This is a developing story and will be updated as it becomes available.