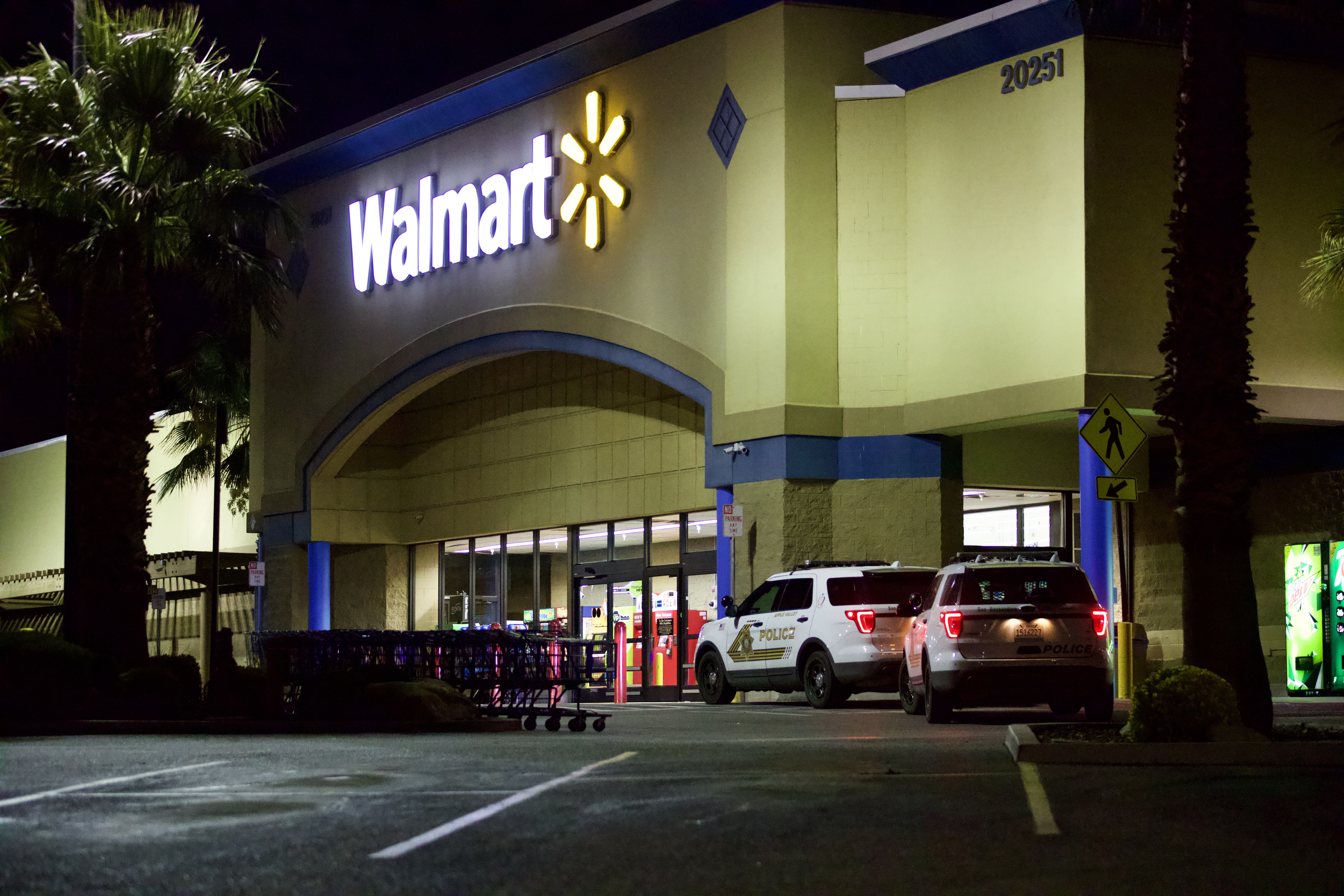 The Walmart in Apple Valley was evacuated Thursday night after a bomb threat was made and threats to shoot up the store.

“We received a call saying there was a bomb inside the store and that they will also be shooting up the place,” stated a Walmart employee, who declined to be named.

A Victor Valley News reporter witnessed deputies walking around with their guns drawn after the building was evacuated.

As of 9:15 p.m, the Walmart remained closed as authorities investigate the threat.

This is breaking news, check back for updates.

UPDATE 8/16 @ 9:30 AM: The Apple Valley Sheriff’s Department issued a press release about the incident and said employees reported an unknown male suspect phoned the Walmart threatening violence toward the store and employees. Officials said there was no evidence of foul play located at the store and no suspect was identified. After about one hour, employees were allowed to return to the store.