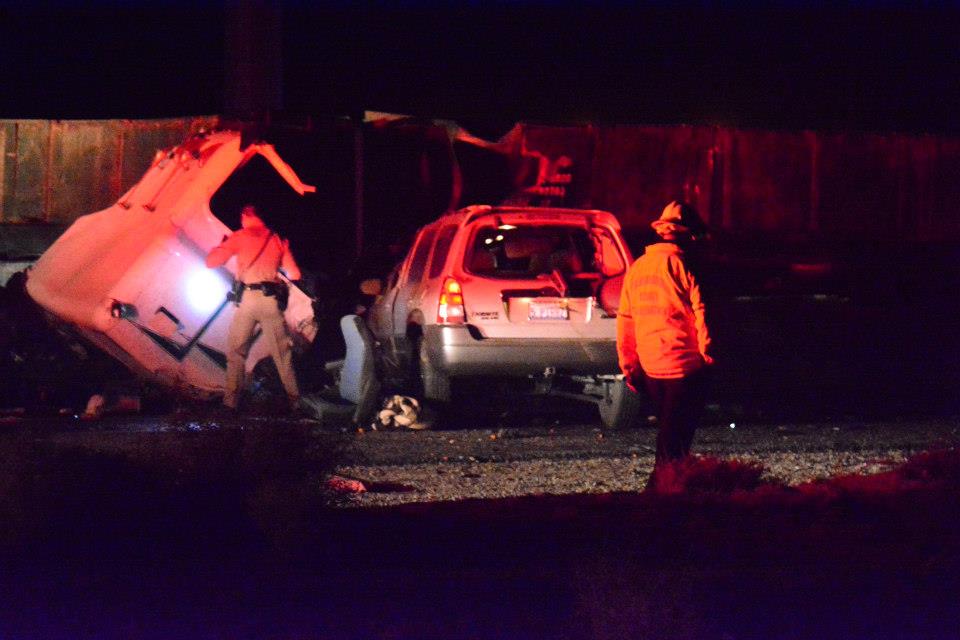 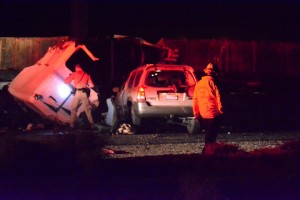 Helendale: A horrible traffic accident occurred on Sunday at around 8:20PM along Hwy 395 just south of Shadow Mountain Road. One person was pronounced dead on arrival and several others injured.

Witnesses described a possible head on collision involving multiple vehicles and 2 big rigs. Scanner traffic reported one person may have been partially ejected. At this time it is unknown if the person ejected was the man pronounced dead on arrival. CHP shut down HWY-395 in both directions for at least 12 hours. While the investigation was completed and also to clean up the 2 lane highway.

One of the involved big rigs was hauling a trailer filled with carrots, somehow the driver lost control causing the truck to roll and emptying it’s entire load onto the highway. A Hazmat team was called out to clean up several hundred gallons of diesel fuel spilled onto the roadway. The exact cause of the accident is still under investigation.