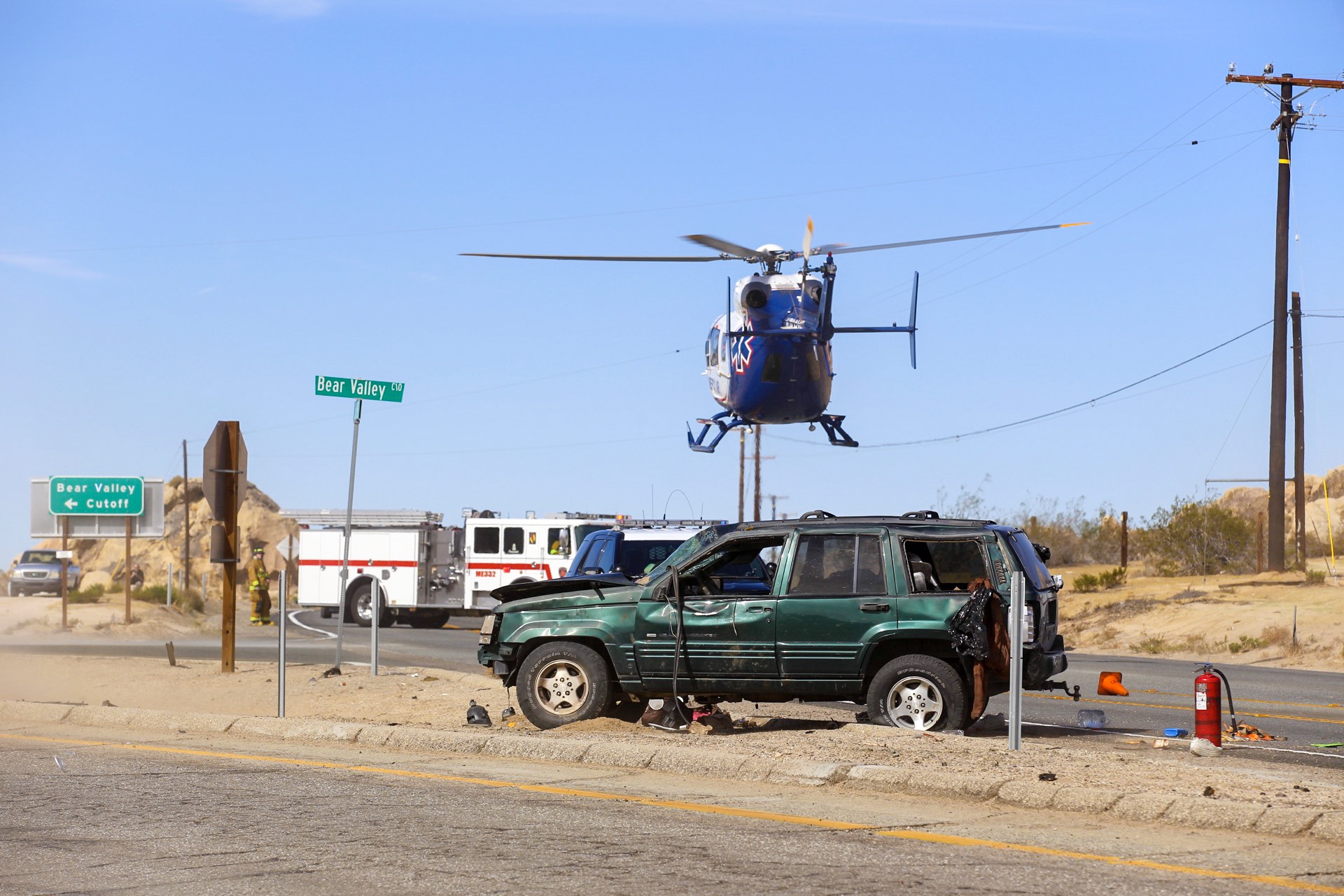 APPLE VALLEY, CALIF.(VVNG.com)- One person was seriously injured Monday morning when they were ejected from their vehicle in a rollover crash.

The single vehicle crash was reported just before 11:00 a.m. at the Bear Valley Road and Highway 18 cut-off often referred to as “Dead Man’s Point.”

The Jeep was traveling eastbound on Bear Valley Road approaching the intersection of Highway 18 when for unknown reasons the vehicle rolled over several times.

“The male was ejected from the vehicle. We found him approximately 50 ft. from his vehicle,” stated Apple Valley Fire Protection District chief Sid Hultquist.

Due to the extent of injuries, an airship was requested to airlift the victim to a trauma center.

“He is in critical condition at this point and has been flown to Loma Linda University Medical Center for evaluation,” stated Hultquist.

Traffic on Highway 18 and Bear Valley Road was temporarily halted in order to allow the Mercy Air helicopter to land at the scene.

The cause of the collision is currently under investigation. 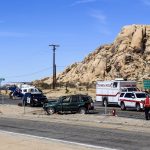 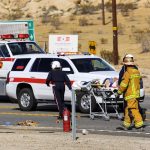