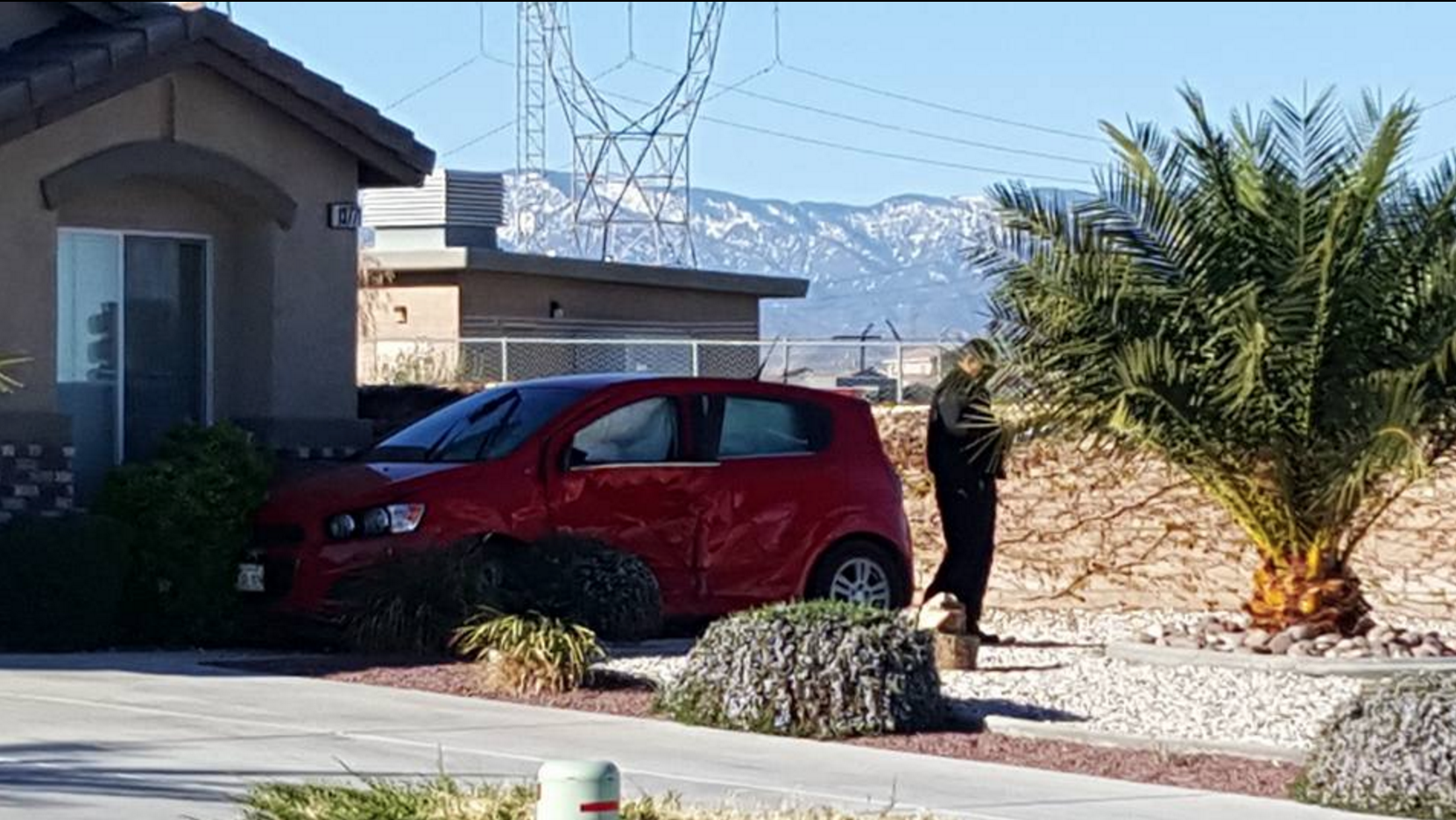 VICTORVILLE-(VVNG.com):  Deputies from the Victorville station and medical personnel responded to Dos Palmas and Amethyst Roads for the report of a traffic collision Wednesday morning.

At around 6:43 a.m. two vehicles, a Chevy Sonic and a Mercury Sable collided at the intersection sending the Chevy into a nearby yard.

It is unknown which driver had the green light and the collision is still under investigation. The driver of the Chevy was transported to a local hospital for complaints of pain. Both vehicles were towed from the scene. No other injuries were reported as a result of the collision.