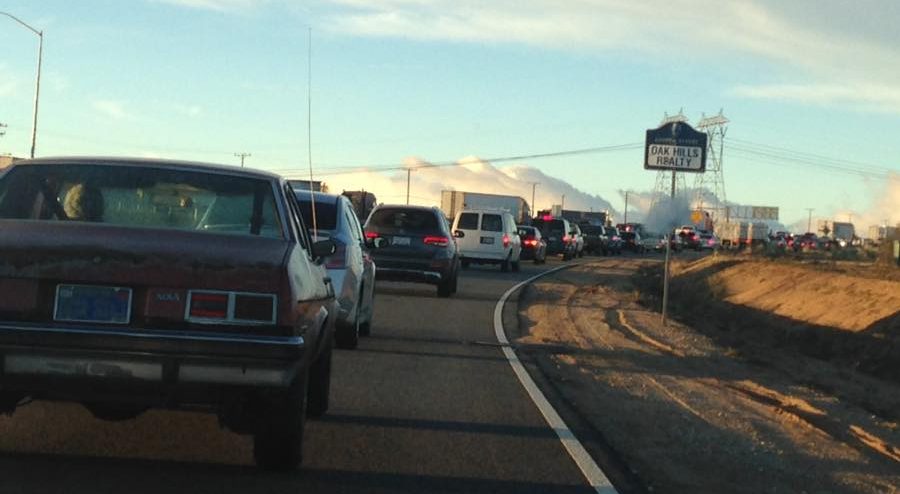 According to CHP incident logs, a three-vehicle crash was reported at 5:00 a.m. just north of Highway 138. A white Toyota Scion, a silver Toyota Camry, and a big rig were said to be in the center divider.

Per the logs, a female on the line with dispatch was very upset and crying because drivers passing by were yelling at her.

A tow truck is already en route to remove the vehicle. However, the driver is also stuck in the gridlock traffic.

At 6:02 a.m. a separate crash involving a motorcycle was reported on the SB I-15 near Ranchero Road. Per the logs, a Nissan Rouge was also involved in the accident.

No major injuries have been reported in either accident.

As of 7:55 a.m. southbound traffic remains backed up before Main Street.