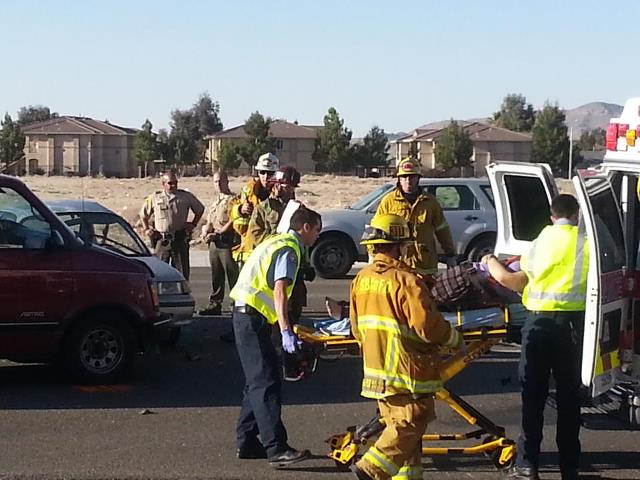 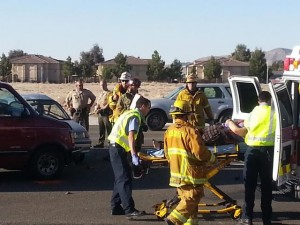 Victorville: A woman was airlifted to Loma Linda University Medical Center after being involved in a traffic collision.The accident happened at around 5:25PM on Tuesday.

According to witnesses an unidentified female driver was attempting to pull out of The Home Depot shopping center in a silver sedan. It appears the woman did not see the oncoming van when she pulled onto Roy Rogers drive.

A small child was a passenger in the silver vehicle. The child was looked at by fire & paramedics but was determined to be uninjured and released to family. Mercy Air landed at Hook Park to transport the female patient.

The driver of the burgundy color van was traveling east on Roy Rogers drive when the the accident happened. Neither the driver or the passenger of the van were injured.

Many residents describe the exit area as a very dangerous one. Perhaps a turning signal is needed to help reduce future accidents. Both vehicles have been towed away and the roadway is clear.

Join Victor Valley News Group for up to the minute information.
www.facebook.com/groups/victorvalleynews