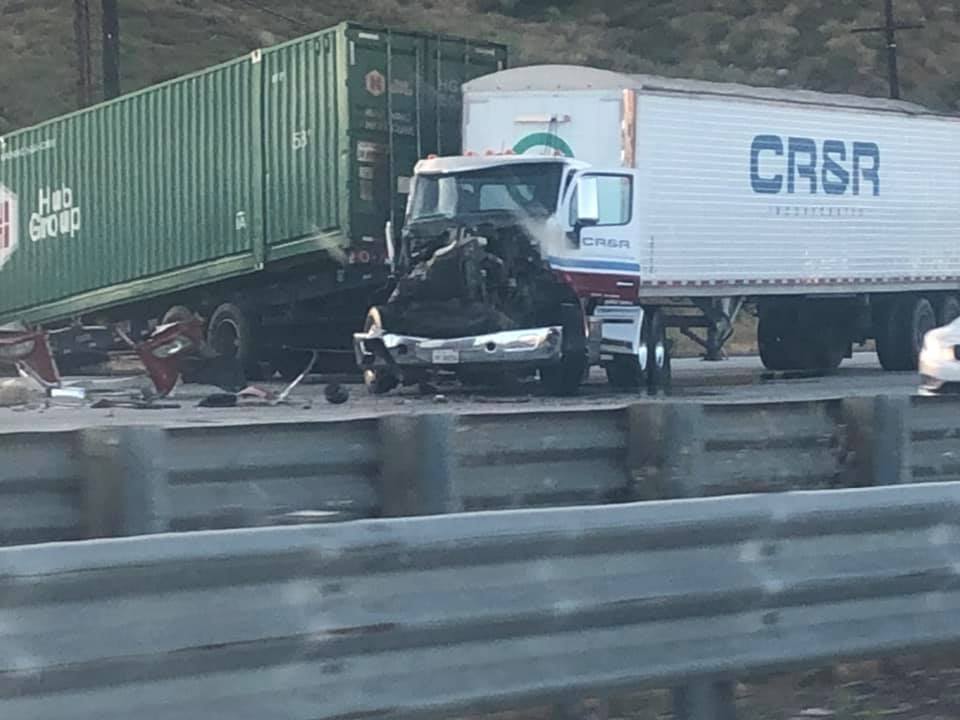 CAJON PASS, Calif. (VVNG.com) — Motorists planning on coming up the hill Tuesday morning should expect delays in the Cajon Pass due to a traffic accident involving two semis.

According to the California Highway Patrol incident logs, at 5:02 AM a tractor-trailer jackknifed on the northbound I-15, north of SR-138, and was blocking the #4 lane.

The semi reportedly rolled backward, blocking an additional lane of traffic. At 5:20 AM the trailer became detached and a second semi crashed into the trailer.

The collision caused oil to leak and spill onto the freeway, prompting a Sig Alert for the northbound 15.

CalTrans was also requested to close the highway 138 on-ramp to the NB-15 freeway. Lanes 3-5 will on the NB-15 will remain closed for at least 2 hours while heavy-duty tow trucks work on clearing the accident.

One of the involved semi’s is reported to be partially in a ditch and loaded with 52000 lbs. The second semi is loaded with 36000 lbs., per the logs.

Both semi drivers were seen walking around after the crash and no injuries were reported. CHP officers are investigating the official cause of the accident.