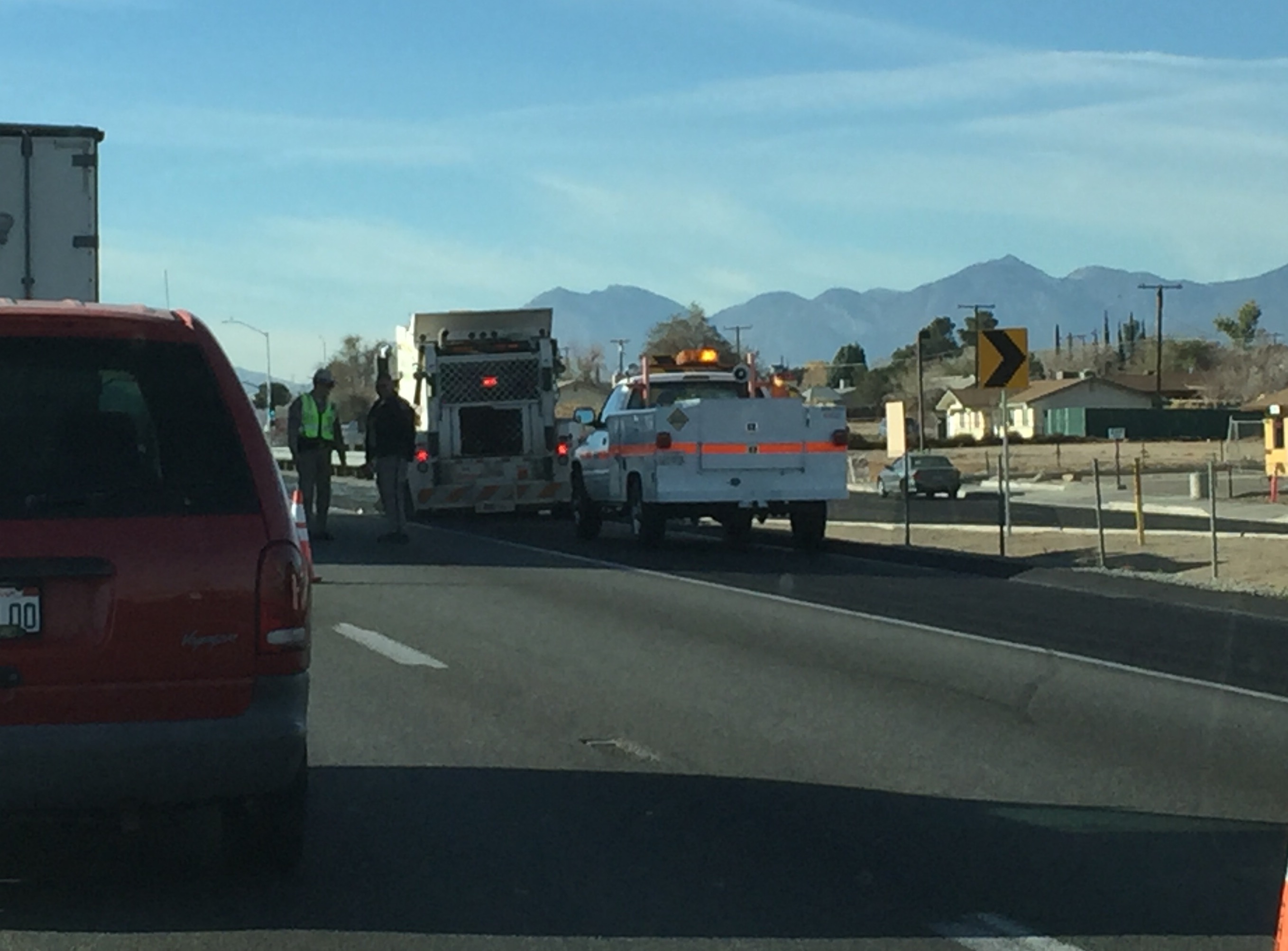 VICTORVILLE:(VVNG.com)- Monday morning traffic on the southbound 15 freeway through Victorville was at a near stand still following a traffic collision.

According to CHP incident logs, at 8:07 A.M., a Ford Flex and a Cal Trans street sweeper that was sweeping the right shoulder collided near the Nisqualli Road off ramp.

The collision temporarily blocked the no.3 lane and caused major delays for commuters.

By 9:00 A.M., a tow truck had arrived on scene and was preparing to tow away the Ford Flex. CHP logs reported the collision was non injury.