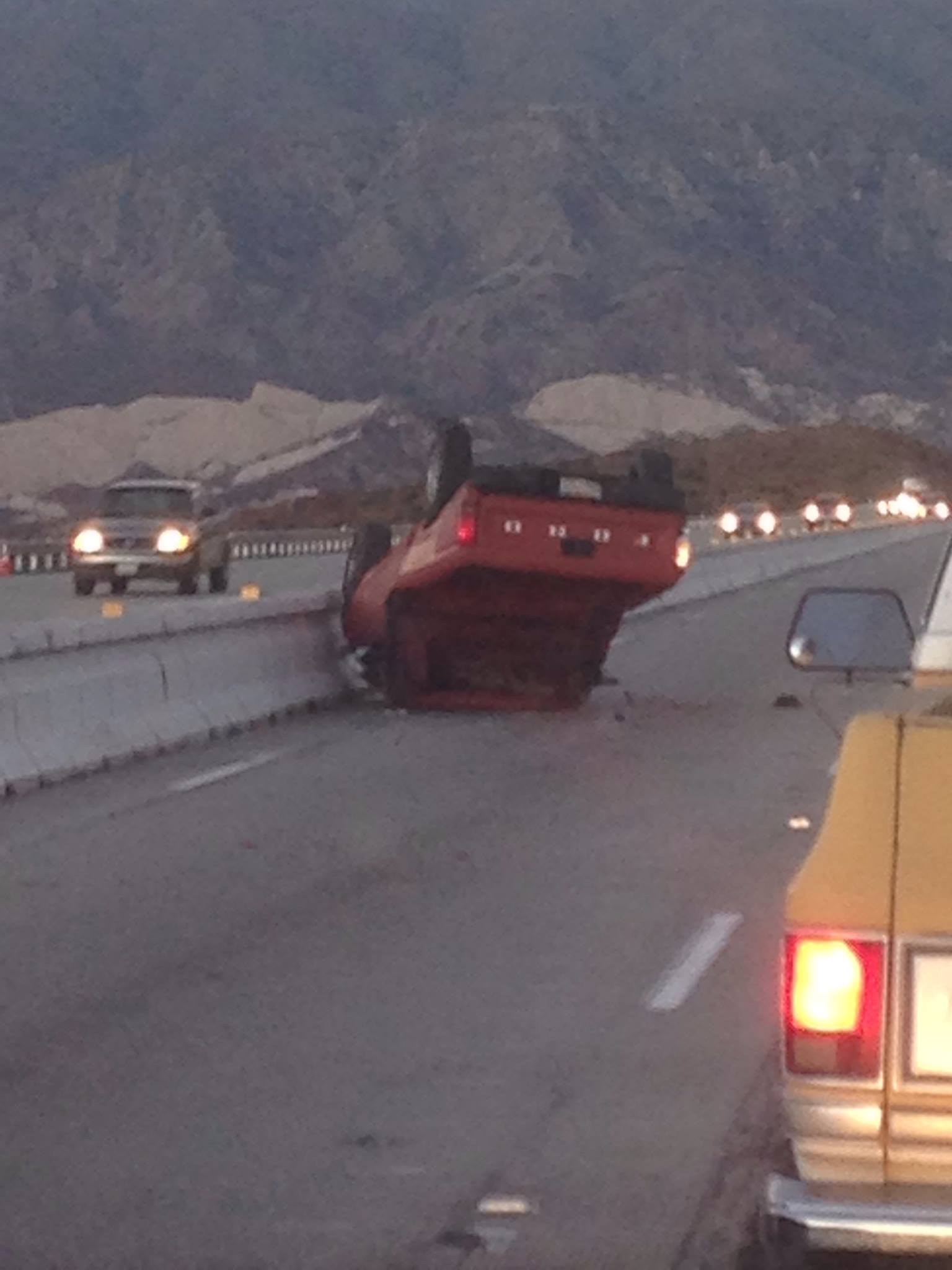 (photo by Cassandra Wiessner via VVNG)

CAJON PASS:(VVNG.com)- Traffic on the southbound 15 freeway is at a crawl Monday morning following a non injury single vehicle traffic collision that occurred at 6:10 a.m.

A red pick up truck over turned in the bypass lane just south of Oak Hill Road. According to CHP incident logs, a blow out tire was the cause of the accident. The driver was not injured and no other vehicles were involved.

Traffic is reported to be backed up to the 395. The vehicle has been moved over to the right shoulder. Commuters should expect delays.